Anushka Sharma is on a whirlwind promotional spree for her upcoming film, Zero. Donning one stunning ensemble after another, spruced with her fashion stylist Allia Al Rufai, Anushka is leaving no stone unturned to astound us. 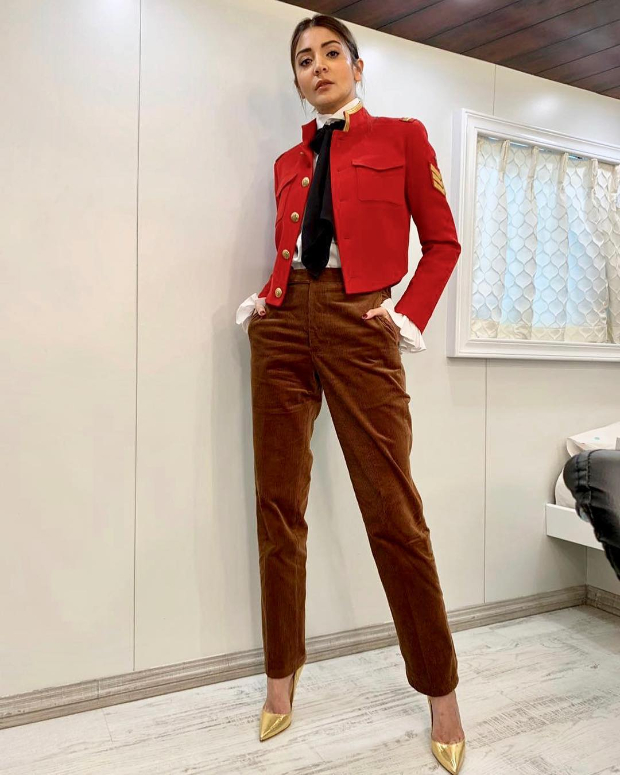 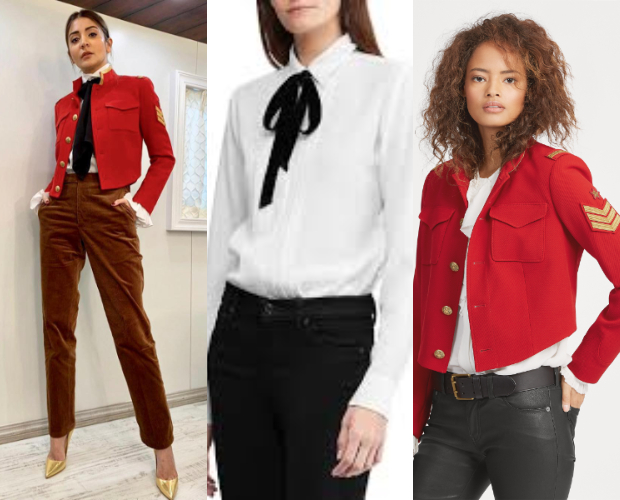 The separates featured a twill cropped military jacket worth $698 teamed with high waist brown trousers and a white triple-georgette shirt with a velvet trim necktie worth $145. Golden Christian Louboutin pumps up the look. 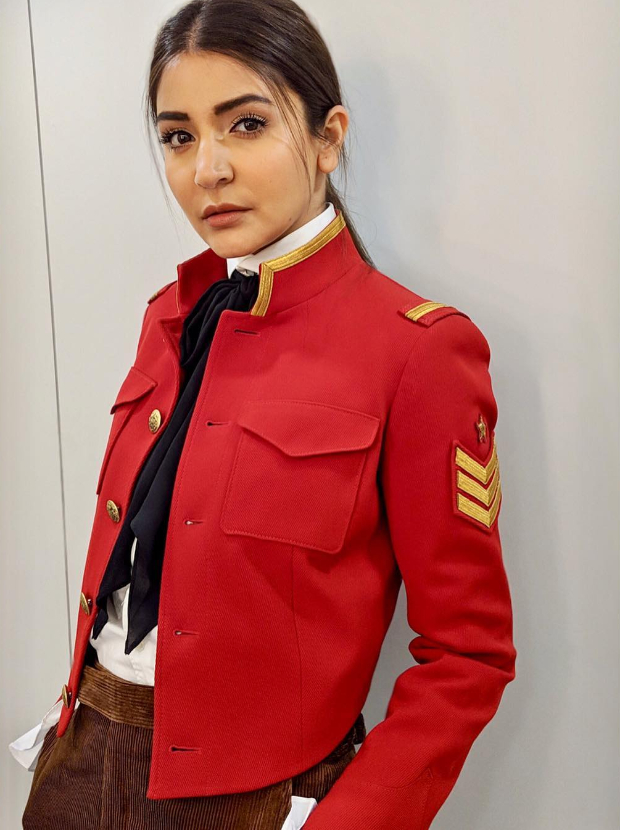 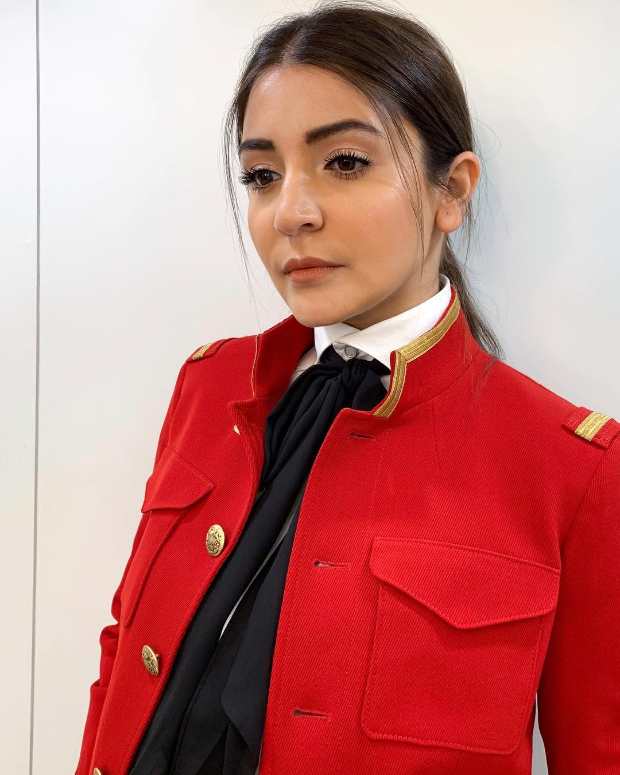 Anushka rounded out the look with pulled back hair and stray strands, courtesy hairstylist Florial Hurel.