Earlier this week, media reports were abuzz with the news that Kiara Advani has come on board with Shahid Kapoor for the much talked about Arjun Reddy remake. Before we get a glimpse of their chemistry in that romantic drama, here’s a sizzling picture of the two actors. No, it is not from the film but from the single ‘Urvashi’, a remake of the Prabhu Dheva chartbuster, sung by Yo Yo Honey Singh. 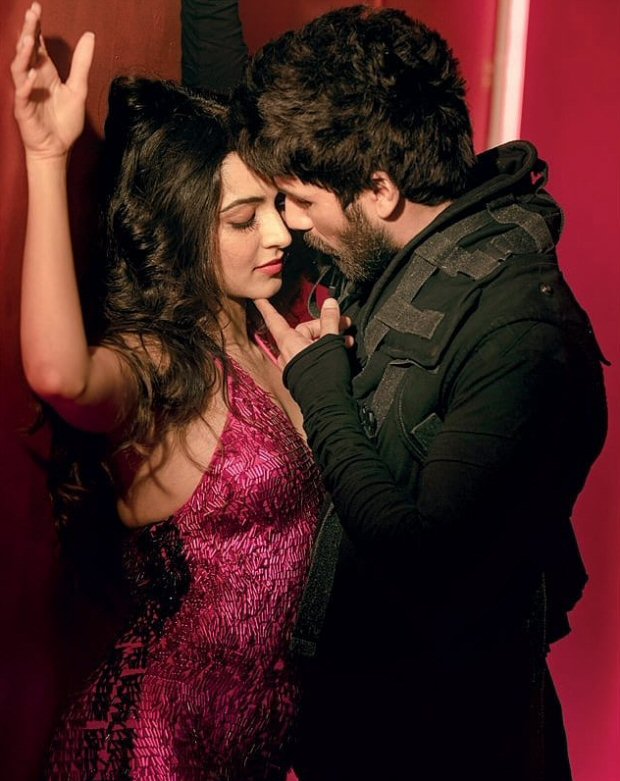 Last month, we had reported that, for the first time, we will see the Lust Stories actress Kiara Advani and the Padmaavat actor Shahid Kapoor coming together for a music video. It was being said that life came a full circle for the actor who has earlier featured in the 90s Indi pop videos like ‘Aankhon Mein Tera’. Coming to ‘Urvashi’, the song originally featured in the Prabhu Dheva, Nagma starrer Humse Hai Muqabla, which was the dubbed version of the Tamil film Kadhalan.

The song ‘Urvashi’ which featured in Tamil and Hindi versions had turned out to be an iconic chartbuster in both the languages. And now over two decades later, the song has been recreated by Yo Yo Honey Singh who is said to have peppered it with EDM Music. Directed by Gifty, the song is choreographed by Sanjay Shetty and produced by T-Series. It has been extensively shot in Mumbai and was shot against a club backdrop. The set was erected at the suburban studio Film City with both actors sporting glamorous looks. Kiara shared a sneak peek of the video on her Instagram page recently:

Coming to their film Arjun Reddy remake, Shahid Kapoor and Kiara Advani will be doing a film together for the first time. The film which is yet to be titled is a remake of the Telugu blockbuster Arjun Reddy starring Vijay Devarakonda and Shalini Pandey. The Hindi version is set in Delhi and is expected to go on floor in January.

Malaika Arora to enthrall with her sizzling…