We all love multi-starrers but that’s not the sole reason why the Avengers franchise is so popular worldwide. One of the most interesting aspects of these films is that various superheroes coming together for a noble cause. Each has their distinct characteristics and the way they have to come together for a common endeavour makes it even more fun. At times, it leads to minor or even major feuds and it helps in generating additional drama, or tension and tons of entertainment for the viewers. 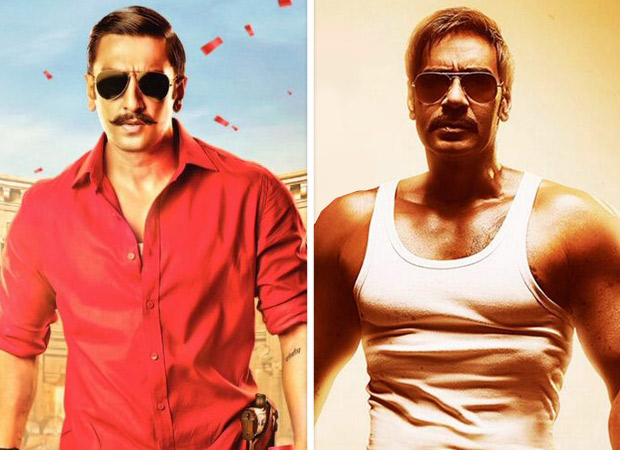 Bollywood sadly hasn’t made any major attempt in having such crossover films. One of the earliest and most popular instances was Shah Rukh Khan and Anupam Kher reprising their roles as Raj Malhotra and Dharamvir Malhotra respectively from the blockbuster Dilwale Dulhania Le Jayenge in Sajid Khan’s comic caper Heyy Babyy. It was funny but failed to become memorable though the song ‘Mast Kalandar’ caught on. Then in Shah Rukh Khan’s 2011 superhero film Ra.One, Rajinikanth appeared in a cameo in his ‘Chitti’ avatar from the film Robot, whose sequel 2.0 released recently. Although Chitti’s entry in the film was dhamakedaar, he does nothing much in the film and disappears in a jiffy, leaving fans dejected.

But now things are finally about to change it seems. Rohit Shetty’s upcoming cop drama Simmba will be the first major film to have a crossover element. Starring Ranveer Singh, this film will see the lead character Sangram Bhalerao interacting with none other than Bajirao Singham, the lead character played by Ajay Devgn in the blockbuster Singham. For the uninitiated, Singham is one of the most loved cops ever in Bollywood. The film was a major success despite having limited buzz pre-release and is a hit on television because of its action, emotional quotient, Ajay’s marvellous performance and paisa-vasool entertainment. Singham was also made by Rohit Shetty and backed by Reliance Entertainment, which is also one of the producers of Simmba. That also made things easier. 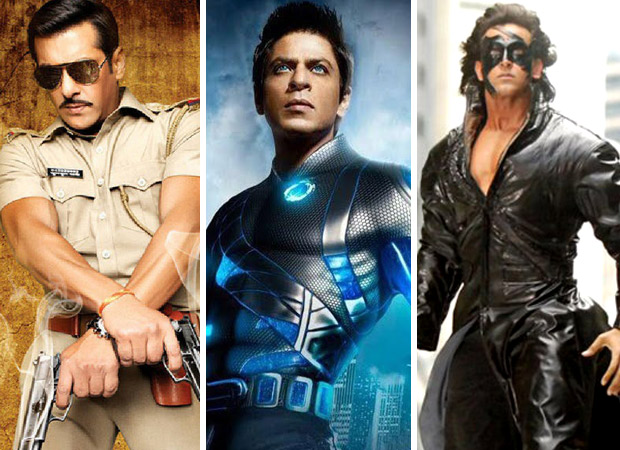 The trailer of Simmba was released today and although it tells a beaten to death story, it looks highly entertaining and massy. The surprise of the trailer is in the end when Simmba is seen getting tortured by the goons and Singham arrives all of a sudden to save him. The Singham title song is played in all its glory and Ajay leaps out of the jeep even before it stops, just like how he did in Singham Returns, the sequel of the blockbuster. At first, I was dejected to see this important twist in the trailer but I guess it was necessary to up the hype. Also, it won’t dampen the spirits of the audiences and they are sure to go crazy on seeing these two dashing cops together!

The success of Simmba-meets-Singham should hopefully open the eyes of Bollywood filmmakers to the advantages of crossovers, and they are sure to capitalize on it. After all, this can mean more moolah and who would want to miss that. But it might be a problem if the production house is not the same. For instance, getting Dabangg’s Chulbul Pandey (essayed by Salman Khan) and Singham together might be a problem as the former is produced by Arbaaz Khan. But of course, this can be taken care of. The bigger problem would be the ego hassles and doubts on who has the bigger or stronger role. Again, if a solution can be effectively found, it can take filmmaking experience to another level! Imagine G.One and Chitti coming together or Krrish and Don joining hands? How about Chulbul Pandey taking the help of Jolly LLB (essayed by Akshay Kumar in the sequel) to give a strict punishment to a villain?! Or the Fukras of Fukrey films bumping into the Pyaar Ka Punchnama gang in Delhi and doubling the madness? Possibilities are endless and it’s bound to be exciting! Bring it on!

Also Read: Rohit Shetty books an entire aircraft for the crew of Simmba