Actress Shraddha Kapoor recently came back from Maldives where she attended her cousin Priyank Sharma's wedding with Shaza Morani. 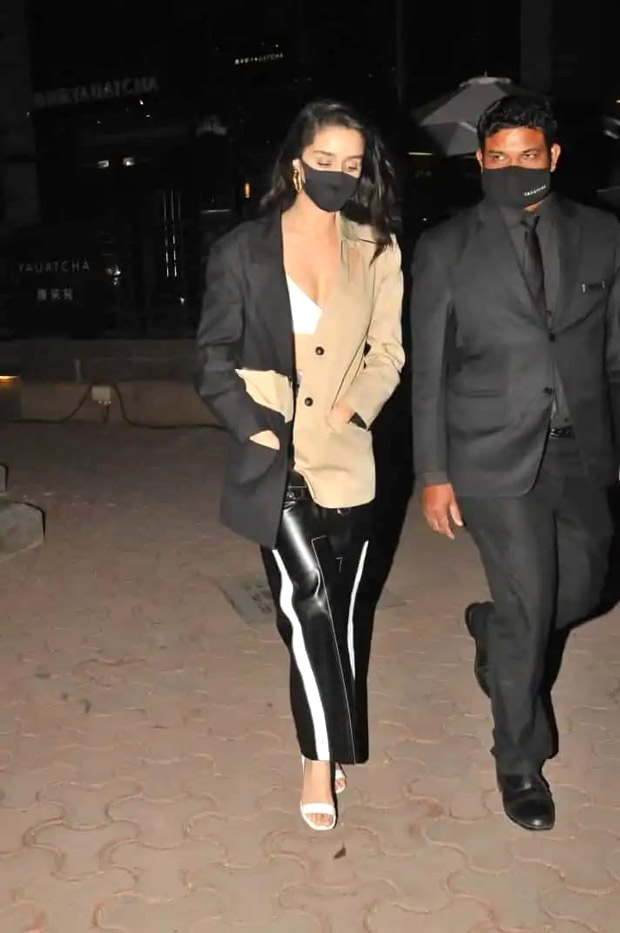 On Tuesday night, we spotted Shradhha Kapoor with her rumoured beau Rohan Shreshtha, outside the BKC Restaurant in Bandra.  The couple decided to look chic, as Shradhha was wearing a white bralette with black leather pants layered up with an over coat in black and beige colour. 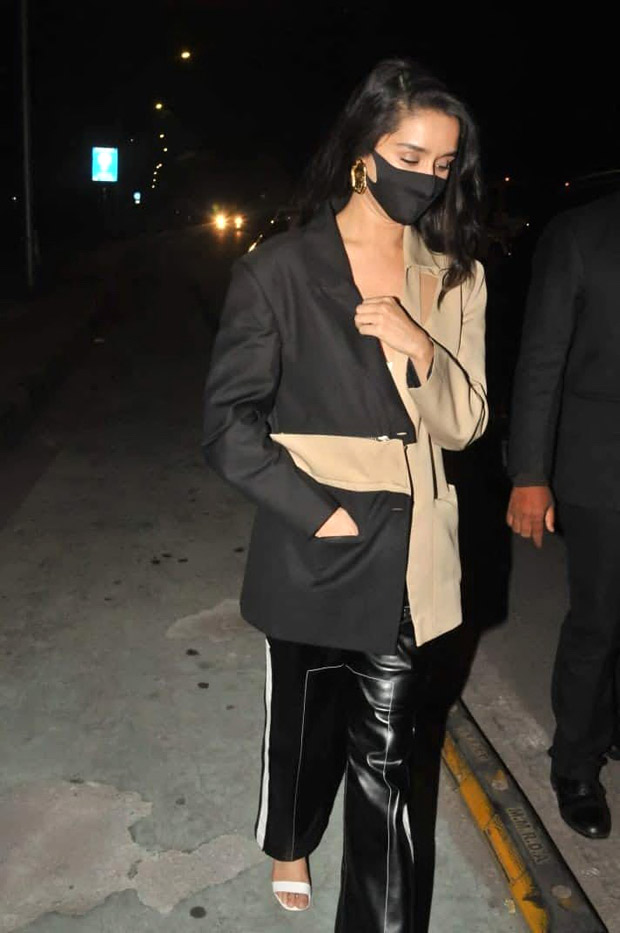 She even added earrings as accessories. Her look was absolutely trendy and notable to pen down, whereas Rohan was dressed smartly in black attire from head to toe. 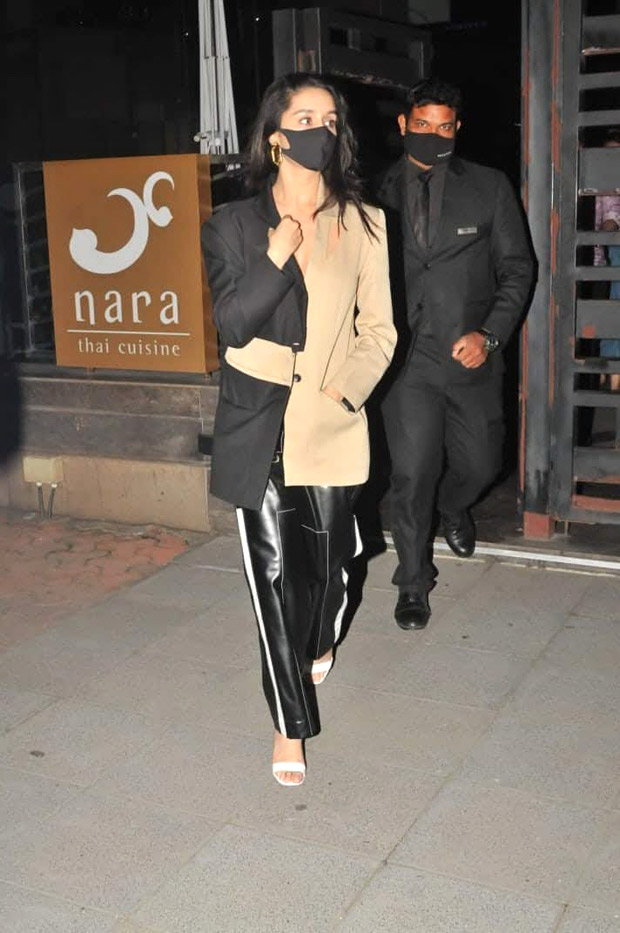 Though they haven't confirmed their relationship, the couple are often seen on various occasions. He was also in Maldives with Shraddha. The actress wore a lovely mint green dress to Rohan's birthday celebrations recently.