Just recently, Prabhas fans were enthralled to see their favourite star doing some effortless and suave stunts on the screen in the recently released teaser of Saaho! And now, fans can’t hold their excitement for the trailer. Meanwhile, the film’s team were recently seen going to Austria, photos of which were shared by the leading lady Shraddha Kapoor and her team. Now we hear that the actress has completed her schedule for the film and has expressed her feelings about shooting for it on social media. 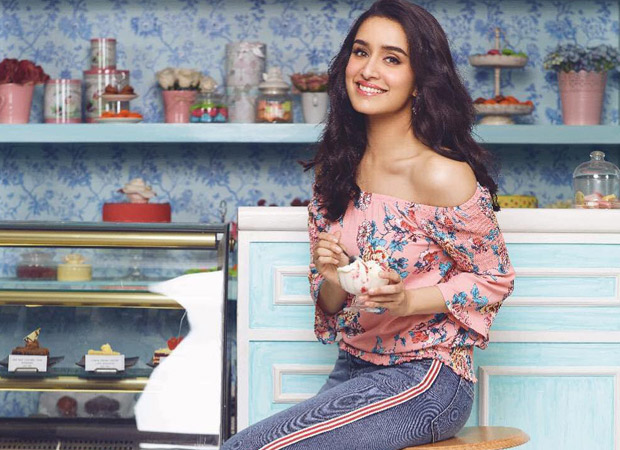 We have seen in the past that Shraddha Kapoor often gets emotional after completing the shoot for films and it is no different for the action thriller Saaho. She took her social media to share a story where she shared her immense joy and also appreciated her team for their hard work and perseverance- testimony to how she is the most loved and loving!

The actress captioned the story and said, “So we wrapped my bit on Saaho & its been 1 incredible journey. This is my core team on the film -Hair, make-up, wardrobe & spot. Missing from the photo are @leepakshiellawadi (costume) & Atul (security). Each member is too special & there is only too much love for them. Also, I’m very grateful that they are as lame as I am sometimes & also have the ability to crack really bad jokes and pass retarded statements. For that mostly, I am extremely lucky to know them. Thank you for the mutual stare-offs, looking at the wall punishments, getting immense joy when the other drops something, trips, mispronounces something etc. Abs dabs jabs for life.” 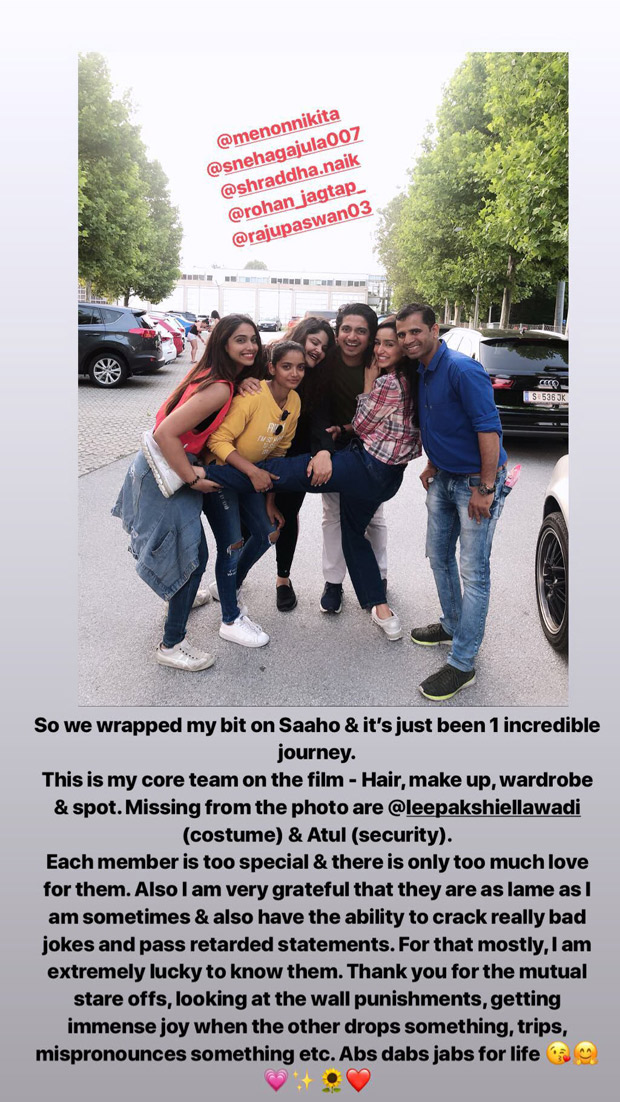 Shraddha will be essaying the role of a cop in Saaho and this is the first time where we will witness the actress in this fierce avatar. Making her debut in South, the film also features Prabhas in the role of a cop. Boasting of an extensive star cast from Bollywood which includes Neil Nitin Mukesh, Jackie Shroff, and Mahesh Manjrekar amongst others, Saaho is directed by Sujeeth and it is slated to release on August 15 this year.

Also Read: Here’s what Saaho director Sujeeth has to say about comparisons with Prabhas starrer Baahubali!