Actor Shoaib Ibrahim's father was hospitalized on Sunday after he suffered a brain stroke. He was immediately shifted to the ICU and is still under the observation of doctors. Previously he informed that his father was about to get discharged from the ICU. However, his recent MRI reports suggest that his clot had become even denser. This has made it more difficult for him to move or raise his hand. 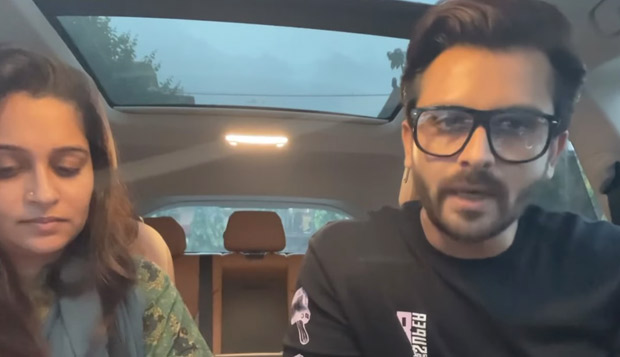 In a recent video uploaded by Shoaib on his YouTube channel, he had informed that his father will be in the ICU for another couple of days due to his condition. Shoaib also sighed a relief that things are in control now, but the next few hours are crucial for him. While he also informed that another member of his family has been hospitalized which is his maternal grandmother.

Shoaib's wife and actress Dipika Kakkar shared that "Hers is an extreme deficiency of B12 and anaemia. There's a little heart-related problem due to age. Her platelets are also low."

The couple also shared that the situation has resulted in increased stress and tension among the family. The tension rose even more after Shoaib's grandmother is going through tests. They also said that she is responding well to the treatment and they are expecting her to get well soon. In the end, the couple thanked their fans for their concern and all the wishes they sent them. They also requested them to keep praying for their family.