In the early eighties, a novel in English titled ‘Man, Woman and Child’ written by Eric Segal had created a sensation in literary circles. It was a time-tested story of a husband and wife who are living a happily married life with their two daughters, till the man makes an emotional mistake and has an affair with another woman from whom he has a little, handsome and innocent son. The tale of betrayal by the husband is kept a secret till one day, the little boy who is innocent (Masoom) of all that is happening in his life lands up at the door of the family's house and the drama of strong emotions between different people in the same house takes a dramatic turn. 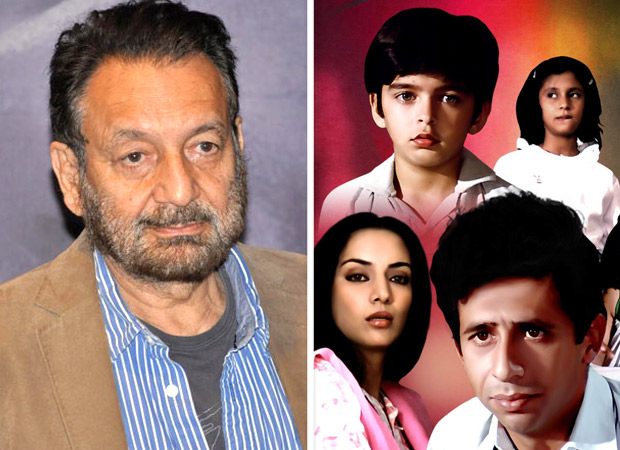 How Shekhar Kapur started his impressive directorial career with Masoom

The novel by Segal who had also written bestsellers earlier was considered an apt subject to be made into films and it started with an English film with the same title and was a small film with which also created a whirlpool all over. The film was so appealing to every age of people that it was also made into many other languages.

In India, it was first made in Telugu and told the same story which also appealed to every class of audience. Shekhar Kapur who was working in a firm of chartered accountants in London was seen as actor material by his legendary uncle, Dev Anand who called him to India, got him trained in what filmmaking in Bombay was all about and gave him his first break in his film Ishq Ishq Ishq and another film called Tute Khilone was made with Shekhar and Shabana Azmi, who had also formed the romantic lead in Ishq Ishq Ishq, and the two films were enough to get them into the gossip columns of some leading magazines.

Shabana went on to be known as one of the best actress in the country, but Shekhar who did two other films, B.R Ishara's Pal Pal Dil Ke Saath and a guest appearance in Govind Nilhaani's The Party. He was one of the leading models and women were crazy about him and he was also declared one of the most handsome men in the world. His heart however was not in acting and on the advice of his uncles Chetan Anand, Vijay Anand and Dev Anand and with the support of his cousins, like Ketan Anand and Arun Anand, he decided to take to direction seriously...

Shekhar looked for a good subject and found it in Eric Segal's ‘Man, Woman and Child’ and since the story demanded a great deal of good writing, Shekhar who had made friends with director - writer and lyricist Gulzar, asked him to write the screenplay, dialogue and lyrics of the film which he had after a lot of deliberations decided to call Masoom. He had Gulzar's favourite composer, R.D Burman to score the music and the best part for him was that he found a very understanding producer in Devi Dutt, who was the younger brother of Guru Dutt and his wife Chanda Dutt.

Shekhar needed a team of very sensitive actors and he found Naseeruddin Shah and Shabana Azmi to play the husband and wife, Supriya Pathak to play the young woman Naseer falls for and senior and veteran actors like the late Saeed Jaffrey and Tanuja to play their friends. But, Shekhar knew that he couldn't make the film as he wanted unless he had three very good child artists to be a part of the film all through and he was again lucky to find two little girls, Urmila Matondkar and Aradhana Shrivastav to play their daughters and the most important casting for the film was accomplished when Shekhar found Jugal Hansraj to play the Masoom little boy who could move hearts with just one look. 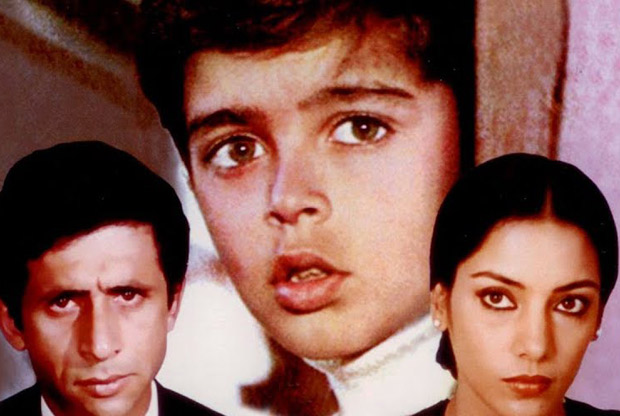 The entire film was shot on locations in Dehradun and Nainital and the film was made to look like a real story told with a fairy tale kind of quality. Masoom turned out to be a major winner in every way, it was appreciated by critics, the industry loved it, and the audience, especially women saw the film time and again. It was one of those few films which did not leave any scope for people to find fault with it. The success of Masoom announced the arrival of a sensitive new director in Shekhar Kapur and he was not going to look back.

The film is still remembered for the subject and the way Shekhar who was making his debut as a director handled it. As I look back on the time when I was among the first to see the film in a private screening and as I look at how time has changed life for everyone associated with the film, but I am surprised at how the film is still so fresh in the minds of those who saw it all that time ago and the new generations which see the film or should see it.

Shekhar Kapur went on to make films like Mr India (he seemed to be a specialist getting natural performances from children) and started a film called Time Machine which was jinxed and has still not been made. He then made Bandit Queen and made a very ambitious period film called Elizabeth and a major TV serial. Gulzar has retired as a filmmaker and is only focusing on writing lyrics and literary poetry. He is eighty-four now, but still very fit. Naseer and Shabana have established themselves as India's master actors and performers, Saeed Jaffrey is dead and so is R.D Burman. Urmila Matondkar who grew up to be a successful leading lady recently contested the elections to the Lok Sabha from Mumbai and not only lost her deposit, but also the little respect that she still had as an actress. Jugal Hansraj played the hero in a couple of films, but was shockingly not accepted and had taken to directing animation films for Yash Raj Films and is not being heard about these days, but what is surprising is that Aaradhana, the little girl in Masoom who was a major winner of hearts in the film has never been heard after Masoom. Devi Dutt, the producer is eighty years old and has made only one other film after Masoom and that was Bhavana, again with Shabana Azmi.

There were other films made based on the same subjects like Sweekaar Kiya Maine with Shabana Azmi and Vinod Mehra and another film called Yaadon Ki Zanjeer with Shashi Kapoor and Zeenat Aman, but they couldn't work the kind of wonders that Masoom did.

It is only rarely that a film like Shekhar Kapur's Masoom is made and lives forever because the emotions involved in a story like this are eternal.