Just a few days ago, we got a glimpse of the rugged, unkempt and disheveled look of Shahid Kapoor. We had also stated then that the actor has sported the same for his forthcoming film that is a remake of the Telugu blockbuster Arjun Reddy. Now, the Hindi version has finally found its title and it has been named Kabir Singh. No points for guessing! It is the name of the character essayed by Shahid in the film. 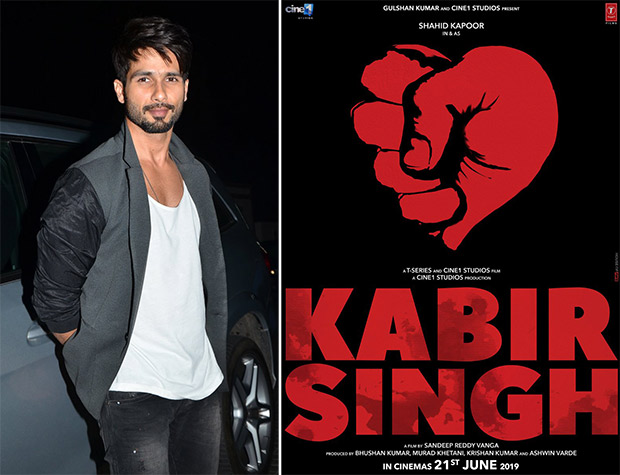 Also featuring Kiara Advani as the leading lady, the title was recently confirmed by the official spokesperson and it was also shared on social media. “While there was a lot of speculations about the title of Arjun Reddy remake, director of the Telugu and Hindi film, the makers had kept the title guarded for the last two months,” said a source close to the development.

Speaking on the same, director Sandeep Vanga said, “When we started work on the Hindi script, it was a very exciting journey. Kabir Singh, as the protagonist’s name, came naturally, considering the character’s graph. Kabir Singh has the same punch and madness of Arjun Reddy.”

Kabir Singh will be shot extensively in Mumbai, Delhi and Mussoorie. Shahid will sport four different looks in the film and has been preparing for it over the last three months. “Workshops with all the actors are right now in full swing. It’s all about taking Kabir Singh to the next level,” added Vanga.

Kabir Singh is produced by Bhushan Kumar, Murad Khetani, Krishan Kumar and Ashwin Varde. Produced under the banners T-Series and Cine1 Studios production, the film’s shoot commenced in Mumbai a few days back. For the uninitiated, Arjun Reddy revolved around a young medical student in love, who decides to follow a self-destructive path of alcohol and drugs after he is separated from his ladylove.