Shah Rukh Khan is riding high on the fact that response to his Zero trailer was tremendous from all quarters. Post that, he has been celebrating with his family and friends. It was an occasion of double celebration because the King Khan turned 53 a few days ago. With his movie coming up next month, he has been running pillar to post promoting it. He has also been engaging with fans a lot through his own Twitter handle and also his character Bauua Singh from Zero. Now trust Shah Rukh to pull out his big guns when it comes to promoting and marketing his film. After Aishwarya Rai Bachchan and Shah Rukh Khan, Virat Kohli turned a year older on November 5. Anushka Sharma took to social media to share a cute post with hubby. 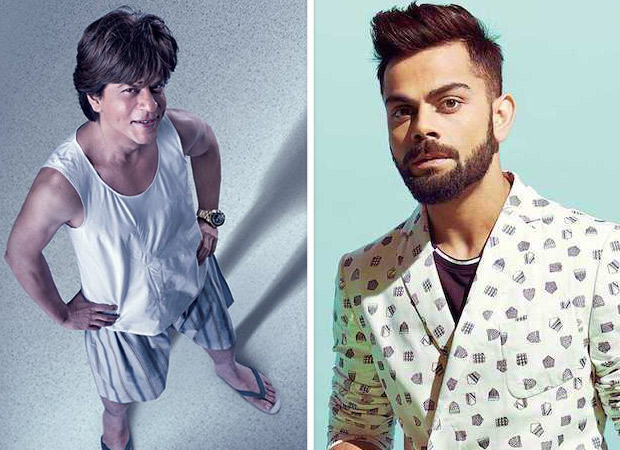 Shah Rukh Khan too joined in the wishing but there was a twist there. He did not wish from his own handle but took to Bauua's Twitter handle and his wish was laced with a bit of jealousy because obviously his on screen lover Aafia, played by Anushka is the love of Virat's life. He wrote, “Bhagwaan aapki umr, aur bat ki dhaar dono ko ta-kayamat banaaye rakhe @imVkohli bhai!  #HappyBirthdayVirat Ek second!!! Ye Aafia aapke saath kya kar rahi hai!"

Zero is coming out on December 21 and the team is eyeing to cash in on Christmas holidays. By the looks of it, Zero is gonna be a sure super hit! It is directed by Aanand L Rai and Shah Rukh Khan is playing a vertically challenged individual who is in love with two women: Anushka Sharma and Katrina Kaif.