Power couple Shah Rukh Khan and Gauri Khan has been setting marriage goals for over 25 years now! Yes, while the two of  them have tackled many ups, downs and gossips together, they continue to make marriage look lovely after all this while. At a recent style awards, the couple was conferred with an award for having their style game on point! But the on stage conversation with host Vicky Kaushal showed us that their romance game is on point too! In a fun game that was planned, Shah Rukh was asked to speak about the memories behind the throwback photos that are shared on screen and during the same, Shah Rukh confessed that he took Gauri for a honeymoon in Darjeeling instead of Paris. 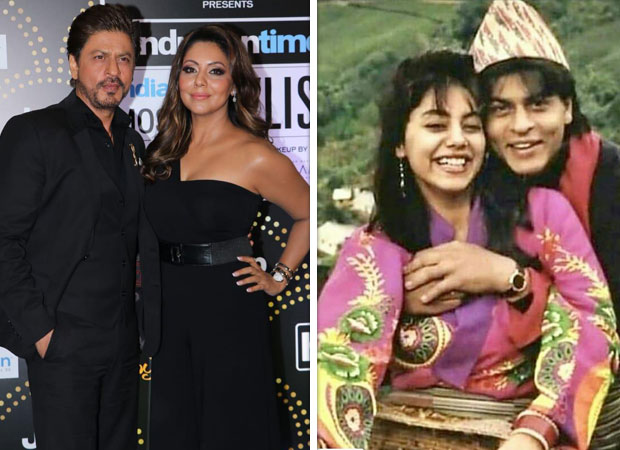 The first throwback picture showcased during the game was Gauri Khan and Shah Rukh Khan sporting the traditional costume of the Darjeeling region. It was at that time that the superstar revealed that it was from their honeymoon. Elaborating on it, Shah Rukh Khan said, “This is my favourite picture. When we got married, I was very poor and Gauri was middle class, well to do. Like usual, I had promised her that after marriage I will take you to Paris for our honeymoon, show you the Eiffel Tower etc. But obviously all of it was a lie because I didn’t have the money or air tickets to buy them. We had gone to Darjeeling, where a film was being shot after 35 years, to shoot for a song from Raju Ban Gaya Gentleman. So I thought, since Gauri too hasn’t been abroad, she wouldn’t understand if I take her to Darjeeling instead of Paris.”

Commenting on the picture further, Shah Rukh Khan added, “We got these clothes from Darjeeling. This was taken almost 20 days after our wedding. So this is our honeymoon in Darjeeling picture.”