Bollywood superstar Shah Rukh Khan took the internet by storm on Sunday, September 25 after he dropped a shirtless photo from the photoshoot for Pathaan. Since June 2022, every month on the 25th, the makers have been dropping some kind of content in order to keep the excitement on a high amongst the fans. This past Sunday was no different though some might say SRK practically broke the internet. 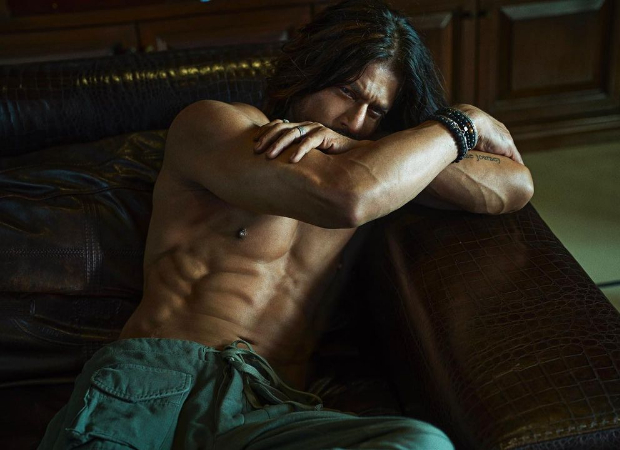 Turns out, SRK was quite shy as his team was ‘staring’ at him during the photoshoot. Shah Rukh Khan’s manager Pooja Dadlani took to her Instagram to share the same photo SRK had shared earlier and captioned it as, “People will Stare.. making it worth their while with.”

Stylist and Shah Rukh Khan’s long-time friend Anaita Shroff Adjani also left a comment, “And stare we did!” Make-up artist Preeti Sheel wrote, “Absolutely worth every bit of it.”

Earlier, Shah Rukh Khan had used Silsila’s iconic dialogue as a caption for the photo, to which Gauri Khan left a comment saying, “Oh God! Now he’s talking to his shirts also…..!!!!”

Back in June 2022, Shah Rukh Khan had hosted a live session on his Instagram on account of his 30-year-run in the film industry. While speaking to the fans, he said, “When we started shooting Pathaan, it was a lot of fun. It is an action film with wonderful co-actors Deepika Padukone, John Abraham and Ashutosh Rana among others. It is the kind of film I wanted to do for 30 years. I always thought of myself as somebody who can do some cool action stuff. So, I think my impression about Pathaan is that what I really wanted to do when I first came to Mumbai, hopefully, I have achieved that in Pathaan as an actor.”

He admitted that he wanted to be an action hero in his 20s but is enjoying the process at 56 too.  “I enjoyed it. It is fun having to do action. It is a little late (referring to his age). At the age of 56, I am being macho and solid, trying to make it work. Siddharth and the whole action team have put in a lot of hard work. Hopefully, it will work,” he smiled.

“I remember Siddharth narrating a lot of films to me. Unfortunately, we could not find the right time to collaborate for years. He had this title called Pathaan with him. And he would tell me that, ‘Sir, maine film ready kar li hai.’ One fine day, when we could not work on the two scripts he narrated, he sent me a sweet message, which read, ‘I have this title. I have not been able to get a film with you. Now, please take the title and make a film whenever you want,'” Shah Rukh Khan said revealing that Siddharth Anand came back to him with a new script. “The film has had a long journey. And soon, you all will be able to see it,” he said.

Pathaan has the biggest stars including Shah Rukh Khan, Deepika Padukone, and John Abraham. The film is set to release on January 25, 2023, in Hindi, Tamil, and Telugu!