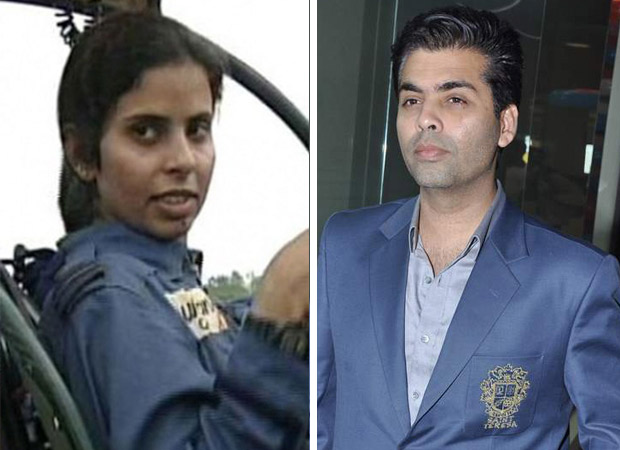 Throughout the world, biopics make for great, classic films. Bollywood has finally warmed up to this idea and many of the biopics have done well in Bollywood. Some of the examples are Paan Singh Tomar, Bhaag Milkha Bhaag, Dangal, Manjhi – The Mountain Man, M S Dhoni – The Untold Story, Jodhaa Akbar etc. Aamir Khan meanwhile is all set to work on a film called Salute, based on Indian astronaut Rakesh Sharma.

And now reports state that one more biopic is being planned and interestingly, it stands out as it’s a female oriented one. The biopic in question is of Gunjan Saxena, India’s first woman combat aviator. The rights of the biopic have been acquired by Karan Johar’s Dharma Productions and the film is expected to go on floors next year hopefully. Nothing has been decided as to who will direct or who will play the coveted part.

For those who don’t know, Gunjan Saxena is a celebrated war hero. She went all guns blazing into the heart of the war zone during the India-Pakistan 1999 war in Kargil and emerged victorious. She had flown her Cheetah helicopter in extremely hostile terrain to retrieve injured soldiers in the Kargil War. Moreover, she air-dropped vital supplies to troops at higher points in the Dras and Batalik sectors. Interesingly, Gunjan Saxena’s father and brother were in the Army and in 1994, she became one of the 25 young women who formed the first batch of women IAF trainee pilots.