As part of Lodha's new campaign 'Apna Ghar-Isse Accha Kya?', actor Akshay Kumar who is its brand ambassador is seen featuring in different characters. From South Indian to a sardar to a gardener, the actor is seen in different get up emphasizing on the need of neighbours who feel like family. 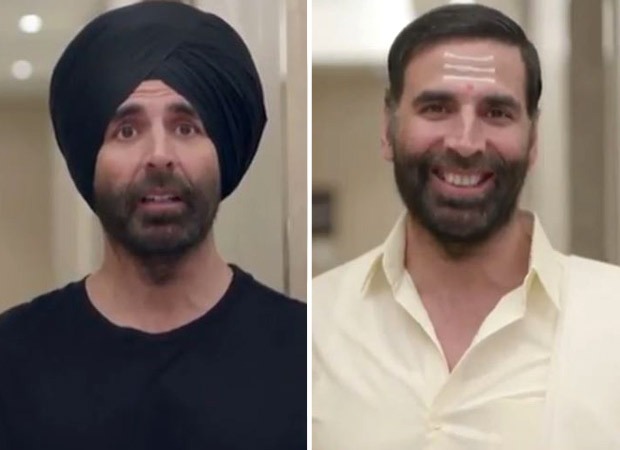 The ad begins with a turban clad Akshay Kumar handing over a child to his family members and explaining to the parents what they were up to. This scenario repeats with Akshay Kumar in different characters. Each character seems at ease and friendly while conversing with the parents of the child.

Sharing the advertisement, Akshay wrote, "#ApnaGhar brings us together in a way that little else can. A home that is filled with laughter, is surrounded by neighbours who feel like kin, provides for every little thing my family and I could ever dream of – Isse Accha Kya?"

Meanwhile, on the work front, Akshay Kumar will next be seen in the film Sooryavanshi, the release date of which has not been officially announced yet. The makers are looking to release the film in theatres in the first week of April. Meanwhile, Akshay’s Bell Bottom , Atrangi Re and Prithviraj will be released later this year.