Last Updated 01.10.2022 | 9:36 AM IST
feedback language
follow us on
Bollywood Hungama » News » Bollywood Features News » Video of baby Sara Ali Khan playing on the sets of a Saif Ali Khan film is going viral and we are LOVING it!

Sara Ali Khan has been introduced to the world of cinema since childhood, courtesy, her actor father Saif Ali Khan and actress mother Amrita Singh. It seems that even as a little girl, Sara loved visiting the sets of her parents’ films and the latest video that is doing the rounds on social media is a proof of the same. Fan clubs of the actress found a childhood video of Sara from the sets of her father’s film. 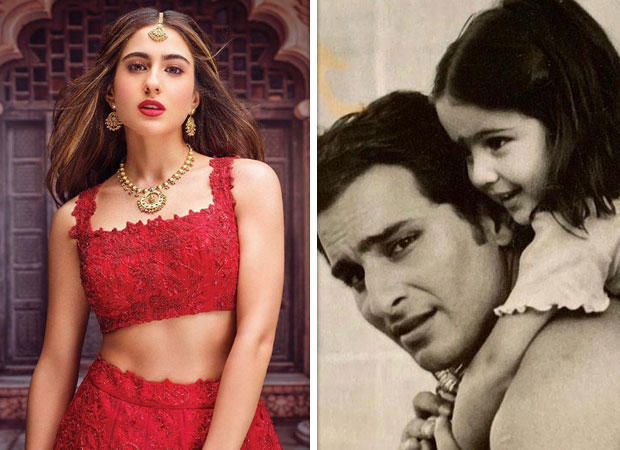 Video of baby Sara Ali Khan playing on the sets of a Saif Ali Khan film is going viral and we are LOVING it!

Little Sara Ali Khan is seen talking to her father Saif Ali Khan in the midst of a shot as the actor is lovingly conversing and taking care of his little daughter. The cuteness of Sara seems to have won hearts all over Instagram as fans are not just happy but they even claim that this is the cutest video that they have seen today. Do you agree with them?

Although details haven’t been given, going by the look of it, it seems that little Sara had visited her father during the shoot of his reincarnation drama Hameshaa which featured Kajol as his leading lady.

Interestingly, last year, there were photos of Saif’s youngest born Taimur Ali Khan too visiting the sets of his father’s popular webseries Sacred Games in which Saif Ali Khan essays the role of a police inspector.

On the film front, Sara Ali Khan is in the verge of completing her film with Kartik Aaryan that is directed by Imtiaz Ali. While it is touted to be a sequel to Love Aaj Kal, the title for the same is yet to be locked. Besides that, her next film is Coolie No. 1 remake opposite Varun Dhawan.