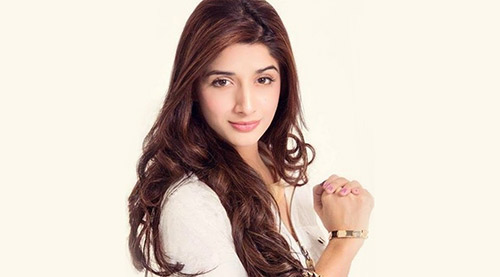 First things first - What attracts most about Mawra Hocane is her name. Exotic in its very foundation, it is also sounds quite sweet to ears, something that made me dig down further into its meaning. As the girl herself informs, it stands for 'outstanding'. An actor and a VJ from Pakistan, the pretty young girl is stepping into Bollywood with Sanam Teri Kasam, which has Radhika Rao & Vinay Sapru as the director duo. Considering the fact that quite a few young ones do hit the doors of Bollywood at a steady pace, Mawra has managed to make an instant impression already with her girl next door look in promos and songs.

Since a debut Hindi film is always special, what was it about Sanam Teri Kasam that made Mawra say yes to it?

"My directors Radhika Rao and Vinay Sapru," pronto says Mawra, "They had watched my serials in Pakistan and I wasn't even auditioned for Sanam Teri Kasam. I too felt that the vibe was just correct. Moreover, everything else is secondary as long as the script is right. I want to impress my directors, impress the trade. That's why, I chose this script. All these years I had always wanted to catch hold of a script that gave me an opportunity to perform. When Radhika and Vinay narrated the story to me, I realized that there was so much for me as well as my co-star (Harshvardhan Rane) to perform in the film."

The film does look young, fresh and vibrant for sure. She must be indeed happy to get such a youthful start with your first film.

"Absolutely, as I am required to bring two different outlooks in my performance. I don't remember a girl who may have done a double role like this" reveals Mawra, "So yes; it is a blessing for me. Also, both Vinay and Radhika are classic in heart. They have an old school of thought when it comes to love stories. That said, they want to keep the narrative upbeat and keep audience interested. Aisa nahi hai ki logon ko lagne lagaega ki kya yaar, puraane zamaane pi picture lag rahi hai. Their outlook is very modern, they cater to the youth."

Well, come February 5, and it would be there for the world to see the youthful charm of Sanam Teri Kasam, which is produced by Deepak Mukut and Sunil Lulla, and has music by Himesh Reshammiya.