Salman Khan has started shooting for his upcoming film Kabhi Eid Kabhi Diwali in Mumbai. The actor has commenced with an elaborate action sequence and has now shared his look from the film. On Saturday, the superstar took to his Twitter handle to share the first look from the film. 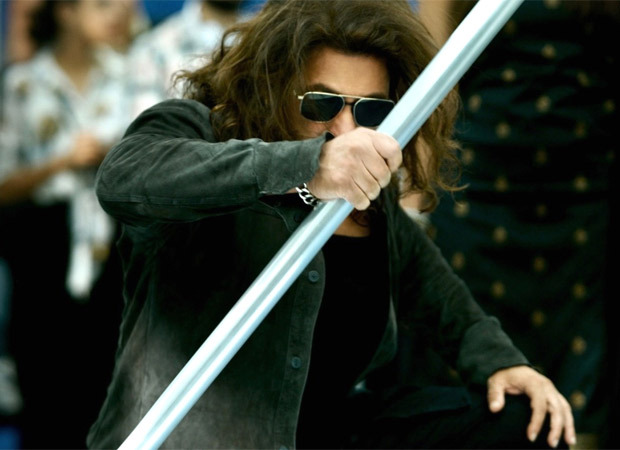 In the picture, Salman can be seen sporting long hair and is seen in action mode. Wearing black sunglasses, he is seen holding a steel pipe in his hand. "Shooting commences for my new film ….," Salman wrote sharing the picture.

Salman will be shooting an action sequence in the city for over a period of 10 days, following which he will be off to Dubai for IIFA Awards. He then resumes the film shoot at Mehboob Studios from the first week of June. Kabhi Eid Kabhi Diwali is planned as a December 30 release. The movie is directed by Farhad Samji.

Meanwhile, a source informed Bollywood Hungama about the cast of the big film. "The three key characters of this story are played by Salman Khan, Venkatesh, and Pooja Hegde. The rest are all in supporting roles, and there is a big ensemble being put in place for Kabhi Eid Kabhi Diwali. Apart from the trio, the others in cast include Aayush Sharma, Shehnaaz Gill, Raghav, and Zaheer Iqbaal."