This Eid is set to be big indeed, and fans across the globe - be it from India or Pakistan - can well rejoice. There are two biggies arriving alongside on the big festival, Bharat and The Legend of Maula Jatt, and both are expected to set the Box Office on fire worldwide. 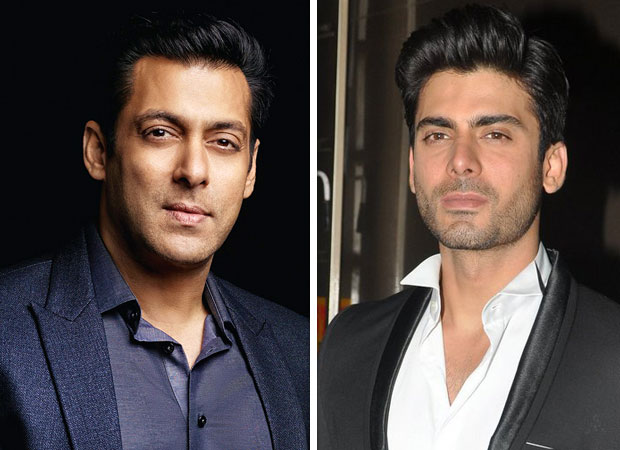 It is a known fact that Salman Khan has pretty much made Eid his own and the festive release of Bharat is not an exception. However, Fawad Khan arriving on this day has made heads turn since The Legend of Maula Jatt has caught everyone by surprise.

The promo of the film has released and it is justifying the hype around it being Pakistan's biggest offering till date in the world of films. While sheer scale, size, grandeur and presentation is lending the impression of this being a truly big screen affair, the fact that Fawad Khan would be seen in a rustic never-seen-before action role is adding on the curiosity factor.

Compare this with Bharat and the good news is Salman Khan returning in an out and out massy avtar. He has turned suave, massy and sophisticated in Race, whereas Tubelight saw him as a meek character with the mind and heart of a child. Now in Bharat, he is gearing up to first and foremost please the masses while bringing on elements that would impress classes too.

What's common between the two biggies is the promise of action, drama and emotions for the audiences.

As the title suggests, Bharat would be one man's quest for patriotism and nationalism. Since Salman Khan is named Bharat as well in the film, it is bound to invoke emotions amongst one and all. On the other hand The Legend of Maula Jatt too has Fawad Khan playing the title role and it is indeed based on a cult classic from the 70s that has been refurbished for audiences. The film tells the story of one of the greatest on-screen rivalries and if the promo is any indication, this one would boast of high decibel drama with dollops of action.

For audiences worldwide, especially the Gulf, US, UK and Australia, where both Bharat and The Legend of Maula Jatt would arrive on Eid, it is going to be celebrations galore for audiences belonging to the Indian sub-continent. Indian as well as Pakistani audiences would have their hands full with top entertainment up their sleeves, courtesy Salman Khan and Fawad Khan.

The directors know their job too.

Ali Abbas Zafar has enjoyed a cent percent success rate in his Bollywood career so far. His record is particularly impressive in both his outings with Salman Khan. First Sultan and then Tiger Zinda Hai entered the Rs. 300 Crore Club and that is no mean feat. Even before that he has delivered successes in Gunday and Mere Brother Ki Dulhan. For the young filmmaker who is still in his 30s, Ali Abbas Zafar is known for his massy affairs and Bharat is expected to be a good extension of that.

On the other hand Bilal Lashari has made just one film as a director, Waar [2013], and the film broke quite a few records on its release. The espionage action thriller emerged as the highest grossing Pakistani film of all times back then and saw positive response from the critics as well as audiences. As a result it was also the top rated film internationally on IMDB and even went past biggies like The Wolf of Wall Street, 12 Years A Slave, Gravity and American Hustle, to name a few. It was particularly noticed for its stylized treatment as Bilal singlehandedly brought Pakistan into the world map of filmmaking. Now six years down the line, Bilal has invested all his energy into making The Legend of Maula Jatt as yet another classic tale.

Come Eid, and it would be interesting to see how does the content of Bharat and The Legend of Maula Jatt lives up to the high expectations that one has from both the films.