This lockdown season has also been a time of throwback pictures. Several celebrities have been digging through the archive and sharing some really old pictures. Filmmaker Sajid Khan took to his Instagram handle earlier today to share a decade old picture where he is seen posing with Akshay Kumar and Shah Rukh Khan. 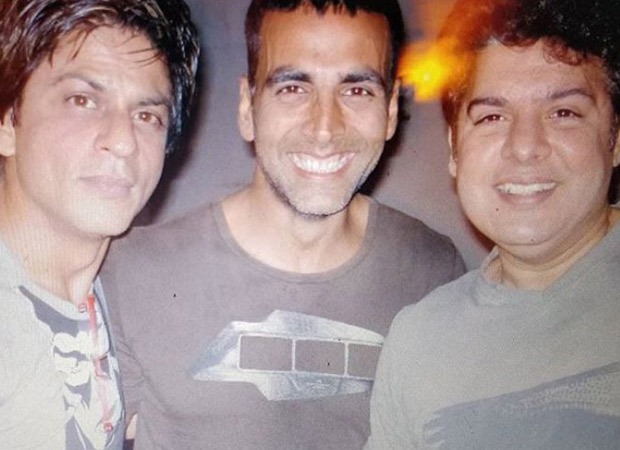 Sharing the picture, he wrote, "The t-shirt club! This was 2009 I think... Thanks #veenamathur for sending me this pic???? @akshaykumar @iamsrk"

The t-shirt club! This was 2009 I think... Thanks #veenamathur for sending me this pic???? @akshaykumar @iamsrk

Sajid Khan has directed Akshay Kumar in the first two installments of Housefull. He was to direct the fourth part that was released last year as well. However, after being named during the #MeToo movement, he stepped down and the film was directed by Farhad Samji. At the trailer launch of Housefull 4 last year, Akshay Kumar said that if Sajid Khan is acquitted in the case he will work with the filmmaker in the future. Sajid and Akshay have also worked together in the film Heyy Babyy.

ALSO READ: Akshay Kumar and Bear Grylls go on a mad adventure in the trailer of Man vs Wild