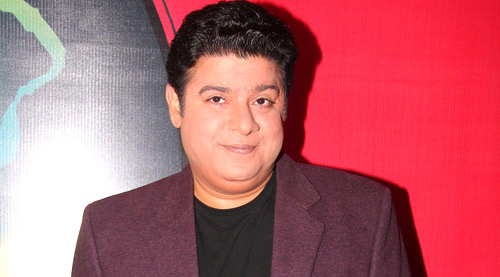 Two thundering successive flops and the accompanying brickbats have brought Sajid Khan down to earth. Before his two directorial disasters Himmatwala and

Humshakals came and went, Sajid was known for his pompous and arrogant self-worth.

Today, he is a different man, with a different sized ego and physique that you encounter as he gets ready to direct another film.

In fact, Sajid-baiters were impressed by how underplayed and restrained Sajid came across while filling in for Kapil Sharma on the latter's show last Sunday.

Sajid admits to being unbearably self-assertive earlier. "When I read and see my past interviews, I cringe. I wasâ€¦no, not pompous but obnoxious. I guess it was a phase in my growing up. Today, I've

cut my hair, cut down on my self-declarations and lost a lot of weight, close to 15 kgs, thanks to Shilpa Shetty and Terence Lewis."

It was while sitting next to his two co-judges on the dance show Nach Baliye that Sajid realized how overweight he had become. "Today, I feel much lighter in body and spirit," says Sajid as

he prepares to embark on a new directorial journey.

"I'm doing a Hindi remake of the Korean hit My Girlfriend Is An Agent for UTV. It's a light-hearted feisty funny and warm comedy. And I am not going to make tall claims about it," chuckles

Sajid sportingly drawing attention to his statements before the release of Himmatwala and Humshakals predicting they would be among the greatest hits of all times.

The critics rightly tore Sajid's last two films into shreds. "But I feel they were reviewing me rather than my films. Yes, I feel the reviews got personal," he protests.

Washing away the sins of excesses in the past, Sajid is all set for the future. Besides the remake of the Korean film, he also returns to host a new cinema-based show called Simply Sajid.

"Television is where it all began for me. I recently hosted an episode of Comedy Night With Kapil just for a lark and now I'll be back with a full-fledged show," announces Sajid.

Sajid Khan was a surprisingly subdued substitute for Kapil. "I kept saying I am just there to fill in. I never tried to replace him for that on episode. I just stood in for him."

But, no details on his personal life are forthcoming. "I am happy to be single. If I've a wife and child, I won't be able to focus on making my next film and the one after that..."

Krushna Abhishek opted out of an episode of…

Rajkummar Rao and Nushrratt Bharuccha of…