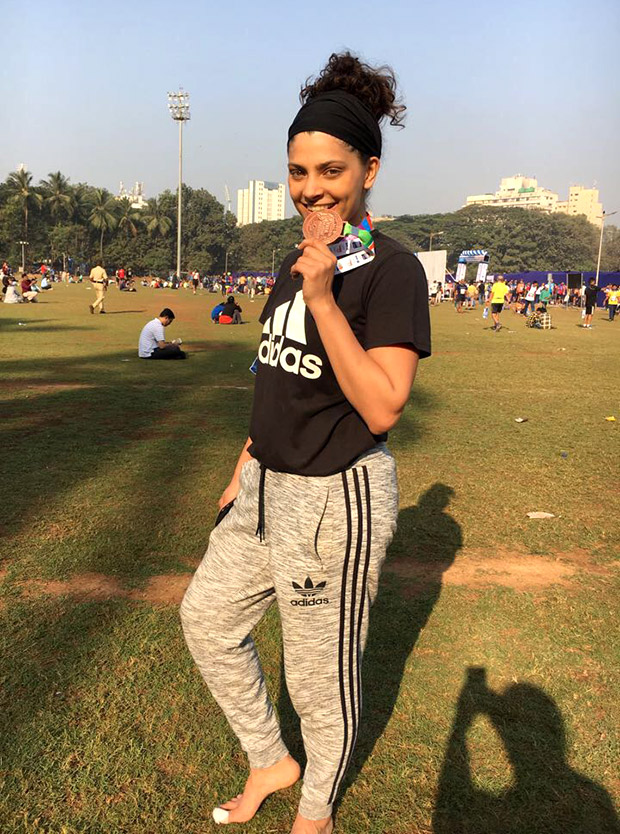 Saiyami Kher, who made a stellar debut with Rakeysh Omprakash Mehra’s Mirzya alongside Harshvardhan Kapoor, is also known for her love for sports. The actress is always spoken about how she has been passionate about varied games and in fact, she had even completed a full marathon two years ago.

Her dedication was seen in the half marathon (21km) that she ran this year after months of planning and perseverance. While running a marathon is no easy feat, being a sportsperson or having played sports often while growing up is an obvious advantage for Saiyami. “Running has always been an integral part of my training besides the sports which I keep playing often,” Saiyami informs. 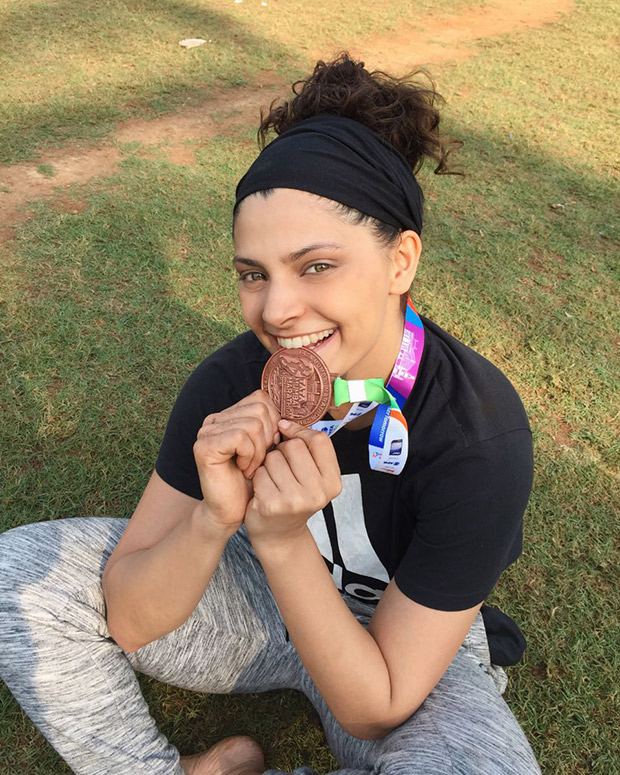 While most people would start with a half marathon before moving to a full marathon, Saiyami thinks differently. “I started training for it while shooting for Mirzya in August in Ladakh before I ran in January. While I used to run an average of 8-10km in Mumbai, when I was in Ladakh, I used to run after shoot and obviously, because of low oxygen, I used to struggle and run only for 3-4kms. When I came back to Mumbai, I immediately started running for 16-18kms without a problem. That is what altitude training does to your body,” she added.

The young actress took help from her friend Shyamal Vallabhji, a physiotherapist and a marathon runner to chart her progress and push her to follow her set goals.

While we congratulate the actress on her recent achievement, she has remained silence on her upcoming Bollywood projects. The actress is yet to make an official announcement about her forthcoming films.