Just a day ago we had reported that R Madhavan took over the directorial reigns for the first time with Rocketry: The Nambi Effect after its director Ananth Mahadevan parted ways owing to creative differences. Now that he is directing and starring in the film, the actor is sparing no efforts to make it look perfect. He recently gave us a glimpse of his avatar as Nambi Narayanan. 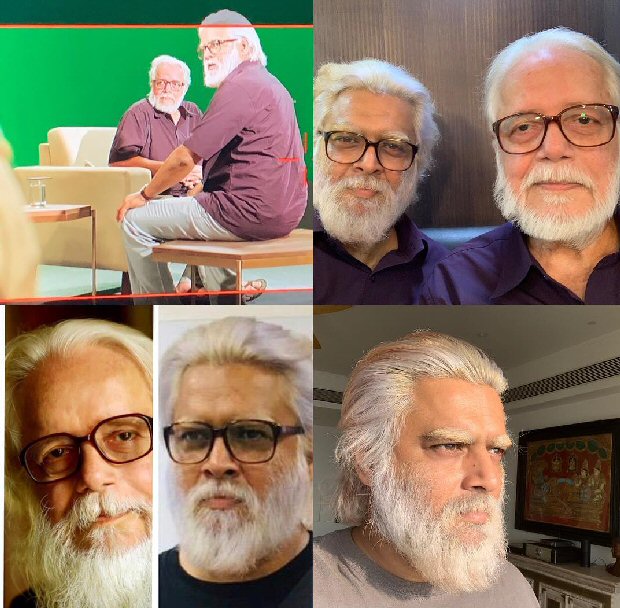 It seems that the recently posted picture of R Madhavan on Instagram has caught everyone's attention as the actor has left everyone shell-shocked with his transformation as ISRO scientist Nambi Narayan. Following the incredible story of the mind behind ISRO’s project of making India numero uno in the space satellite market, Rocketry has been a passion project for R Madhavan ,who not only worked on the script for three and a half years but also on his look for two and a half years.

Talking about his look, R Madhavan said, "The process took painfully long… about 2 days of sitting on a chair for 14 hours at a stretch. Initially, it looked easy but later I realized how tough it was on the body." He added, "The look is definitely half the battle won but the other half was really really tough because the age group I'm playing is around 70-75. Mr. Nambi is a very good looking man and he has got his own charm and charisma so it took me around 2 and a half years to actually imbibe him and learn how to walk like him. It wasn't easy and it's probably one of the toughest looks and characters I've had to pull off.”

While everyone on the set couldn't stop raving about Madhavan's look as Mr. Narayanan and with the uncanny resemblance, the biggest encouragement came from Nambi Narayanan himself. R Madhavan revealed, "Nambi sir couldn't stop laughing and getting amused by my look. There are so many pictures on the set that it looks almost eerie how similar we both look".

Rocketry: The Nambi Effect will be a trilingual in English, Hindi and Tamil and is shot extensively across India, Princeton, Scotland, France and Russia. The film is slated for a 2019 worldwide release

Also Read: R Madhavan comes on board as the director of Rocketry – The Nambi Effect after Ananth Mahadevan quits