Bollywood actress Richa Chadha has made chest rolls and complex torso movements look so easy in her new video shared by the actress herself. As Richa was seen burning calories by belly dancing to Kylie M Bailey's ‘So I Want You’ track, the video has become one of the the hottest fitness inspiration on the Internet today. 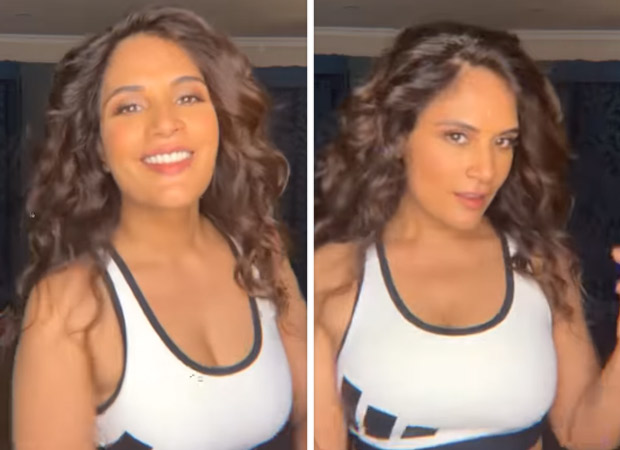 On Sunday, taking to her instagram account, Richa posted a video that gave a glimpse of her intense belly dancing session. The video featured the diva donning white sports bra teamed with a pair of tights to ace her athleisure look as she left her curly tresses open down her back.

Though belly dancing isolates the muscles for moves such as twisting the abdomen and hip movements, Richa nailed the chest rolls. She shared in the caption, “Here’s a fun way to crack your ribs. #chestrolls #fusiondance #bellydancelove .”

Even though it has its origins in Egypt, belly dance is a universally loved low-impact exercise as it aides in weight loss, tones muscles, improves their posture and helps the practitioners to relax. Originated in Egypt, the Arabic expression of belly dancing is also called Raqs Sharqi.

On the work front, Richa Chadha was last seen in Shakeela which released in theatres on 25 December 2020. Written and directed by Indrajit Lankesh, also stars Pankaj Tripathi as the male lead. Her upcoming film includes Anubhav Sinha’s Abhi Toh Party Shuru Hui Hai. In 2021, she started her own film production company named Pushing Buttons Studios with Ali Fazal. She will also be seen once again, in Amazon Prime Video’s Inside Edge 3.