The year 2020 is when we really read mostly negative news, of celebs passing away, being branded as drug lords; of films flopping due to pandemic fear etc. However, once in a while, we also came across some really bizarre news that couldn’t stop us from having a good laugh. Bollywood Hungama, in this special feature, takes a look at 8 funny and most weird news of this year. 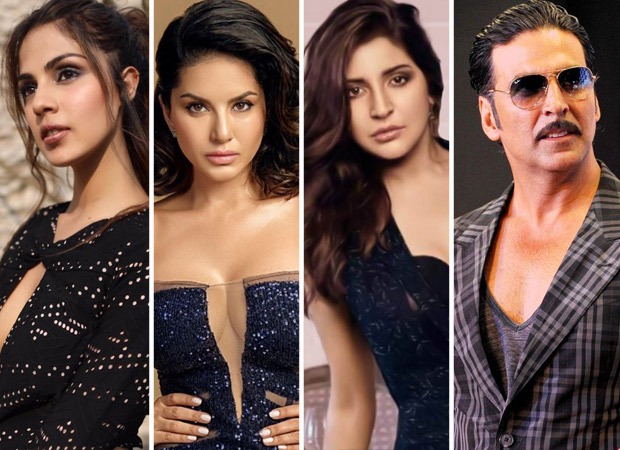 1. Emraan Hashmi weds Sunny Leone and has a 20-year-old son?
According to Kundan Kumar, a 20-year-old Bihar lad, his parents are none other than Emraan Hashmi and Sunny Leone! That’s what was mentioned on his admit card from Dhanraj Mahto Degree College. Its screenshot went viral, not surprisingly. The flummoxed authorities promised action. However, what added to the fun was that Emraan Hashmi reacted to this piece of news by clarifying, “I swear he ain’t mine.” Sunny Leone, meanwhile, praised the guy and wrote, “This kids awsome !!!!! Way to dream big :)))))))) XO hahahaha”

I swear he ain’t mine https://t.co/ARpJfqZGLT 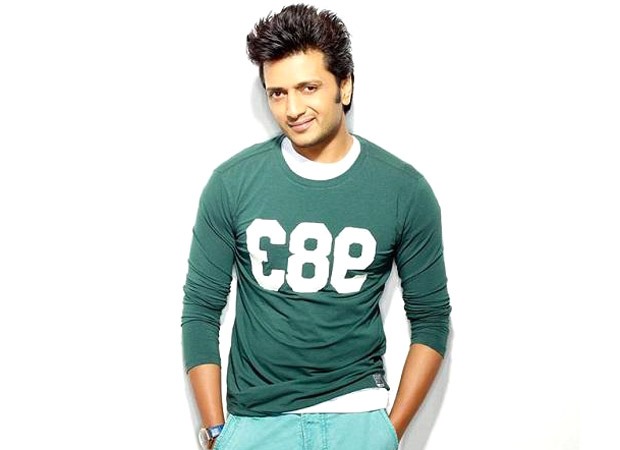 2. Riteish Deshmukh, Lord Hanuman & Pakistani spy get Rs. 6000 under PM KISAN?
The central government has started a PM-KISAN cash scheme wherein a farmer is eligible for an income support of Rs. 6000 per year. Sadly, the fraudsters usurped money through this scheme but in an innovative way. They used fake Aadhar cards of actor Riteish Deshmukh, arrested Pakistani spy Mehboob Akhtar and believe it or not, even Lord Hanuman. The identities of these three were used to siphon off Direct Benefit Transfer (DBT) instalments of Rs. 2,000, 4,000 and 6,000 respectively.

3. Times Now misinterprets Rhea Chakraborty’s ‘Imma bounce’ message
This happened at a time when certain news channels were just waiting for any excuse or opportunity to damage Rhea Chakraborty’s reputation. But this quest made Times Now news channel a laughing stock. Rhea’s chats had leaked and while accessing these WhatsApp messages, they came across a message sent by Rhea to her manager Jaya Saha. The text she sent was ‘Imma bounce’ which simply means ‘I am leaving’. However, Times Now interpreted it as Rhea Chakraborty referring to a bounced cheque. The channel used this assumption to further the belief that Rhea was in financial trouble and that’s the reason why she stole money from Sushant Singh Rajput’s money. Hence, Times Now aired this ‘Imma bounce’ fake news on their channel and the video went viral in no time.

Oh dear!!
⁦@TimesNow⁩ what are you guys even doing! interpreting imma bounce which simply is a slang/ contraction for I am going to bounce -in typical Marathi it means - mein toh katt loonge to IMMA as acronym & a ‘bounced’ cheque. #noclue #whatisthisreporting pic.twitter.com/5JttvhpLIk

4. Akshay Kumar accused of stealing Sushant Singh Rajput’s ‘game’
Many fake conspiracy theories were put up by netizens related to the death of Sushant Singh Rajput. In September, Bengaluru-based nCore Games announced that they will launch a multiplayer action game called FAU-G, under the mentorship of Akshay Kumar. Suddenly, a narrative went viral that Akshay Kumar stole this game from Sushant’s computer just days before his death. There was no proof or evidence to this baseless accusation and yet, it spread like wildfire. nCore Games had to issue a statement to stop these rumours. It didn’t help much and two weeks later, the Bombay City Civil Court had to intervene! 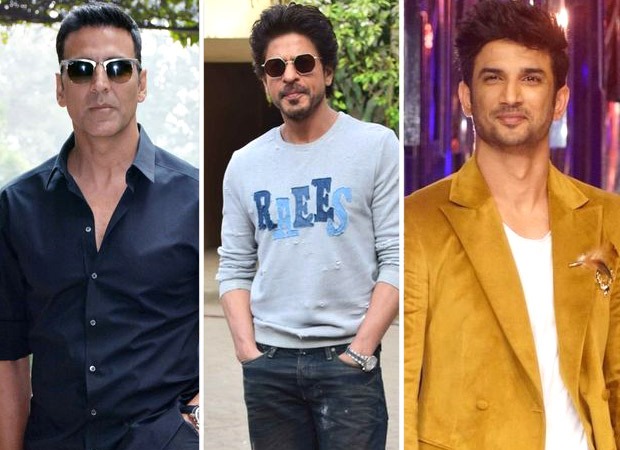 5. Did Akshay Kumar & Shah Rukh Khan watch Sushant’s ‘murder’ live?
Meanwhile, another bizarre theory floated was Akshay Kumar not just stole data from Sushant’s PC, but he also saw live telecast of his ‘murder’ on dark web! Not just him, even Shah Rukh Khan and Salman Khan joined in, and so did the Thackerays. The one who spread this lie was advocate Vibhor Anand, who got arrested for cooking up many such stories without proof. 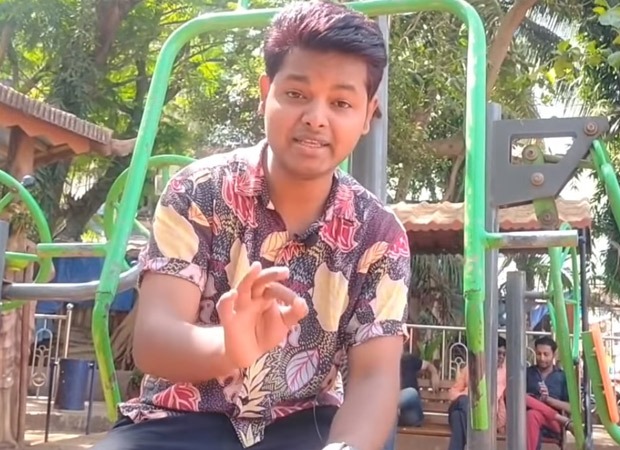 6. Spread lies and earn Rs. 15 lakhs
A YouTuber Rashid Siddiqui, who spread many lies about the death of Sushant Singh Rajput and Shiv Sena, got into a legal trouble earlier this year. When the police began investigations, they found out that believe it not, this chap earned a humongous Rs. 15 lakh in four months by sharing fake stories about the actor’s death. In May, a month before Sushant died, his earnings were a meagre $4 (Rs. 296). In September, it jumped to a staggering $8775 (Rs. 6,50, 898)!

7. MLA asks for Anushka Sharma and Virat Kohli’s divorce
A BJP MLA, Nand Kishor Gurjar, was so angry with his morphed picture being used in the cult web series Paatal Lok that he not just filed an FIR but also advised cricketer Virat Kohli to divorce actress Anushka Sharma, who was also the show’s producer!

#Ghaziabad: BJP leader Nandkishor Gurjar (@nkgurjar4bjp) has filed a case against actor turned producer @AnushkaSharma. FIR is regarding Web Series #PataalLok. He accused actress of sedition and advised @imVkohli to divorce her. (Story in Development) pic.twitter.com/NNEXAFclfX 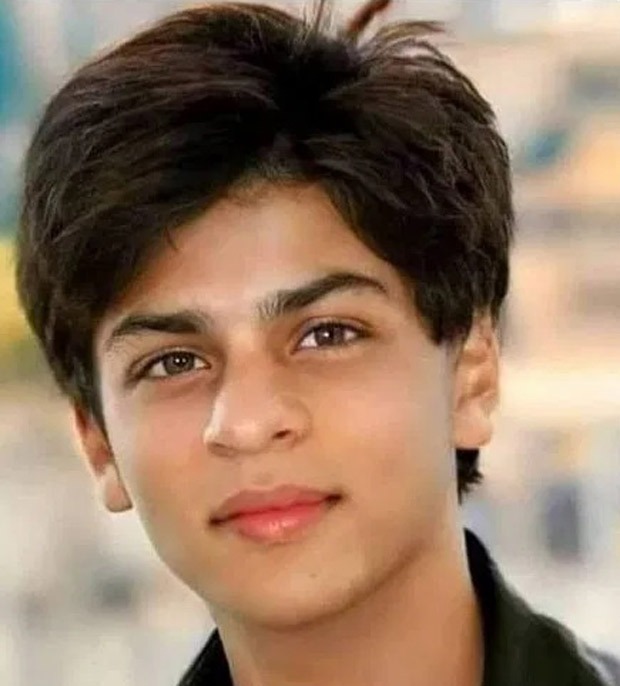 8. Digitally-created image viral as Shah Rukh Khan’s Kashmiri lookalike
Earlier this month, a picture went viral with the claim that a lookalike of Shah Rukh Khan has been discovered in Kashmir. But it soon turned out that it was a digitally created image of the superstar and that it was done using a mobile application called FaceApp. Yet, it went viral and even Jammu & Kashmir Youth Congress member Aabid Mir Magami fell for it. He deleted it, but not before it was retweeted more than 500 times!