It is a known fact that Ranveer Singh makes a special appearance in the finale episode of the ongoing Netflix show The Fabulous Lives of Bollywood Wives. The four ladies, featured in the show, include, Neelam Kothari Soni, Maheep Kapoor, Seema Sajdeh, and Bhavana Panday. The actor makes an appearance when they visit Karan Johar when the latter is shooting for their upcoming venture Rocky Aur Rani Ki Prem Kahani. A reference was made to the Simmba star even in the first season when the women were discussing hot men in Bollywood. In the second season, as they end up meeting them, the ladies turn into teenage girls as they can’t stop blushing around the hot man in Bollywood. 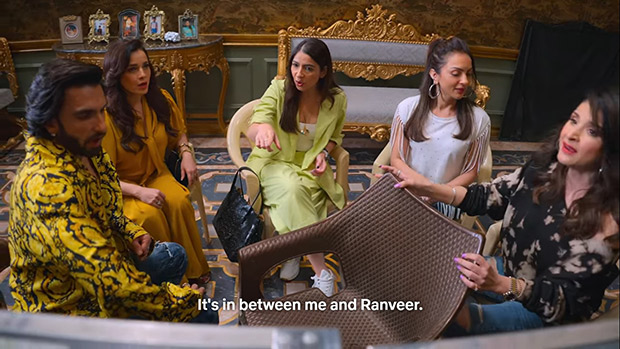 Not too long ago, women across the country were swooning over the hot bod of Ranveer Singh. The bold actor even shared his nude photoshoot for Paper Magazine which turned out to be a treat to his female fans. But it seems that the actor also has a massive fan following within the industry too. In the said sequence, not only does Ranveer Singh’s sudden appearance in front of them leave them surprised but their reaction to him was equally priceless. He left Seema Sajdeh speechless as he greeted them all with a hug and when he started playing Maheep’s popular 90s track, ‘Nigodi’, the model turned jewelery designer couldn’t stop blushing.

Moreover, Ranveer ended up hurting his toe when he was going to shoot a scene, because of which he received a message from Maheep. The ‘intimate’ massage, as specified by Ranveer Singh, not only left her shocked but it also left her completely red-faced as she couldn’t stop herself from reacting to the sounds Ranveer was making as she was massaging his feet. 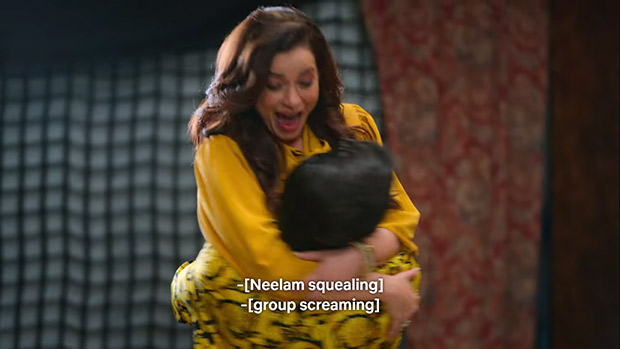 If that wasn’t all, Ranveer Singh further made the otherwise prim-and-proper Neelam when he danced with her on her popular track, ‘Aap ke aa jaane se’. Also, he ended the dance by picking her up and swirling her. As the women tried to get close to Ranveer in their own unique style, it was definite that couldn’t stop swooning around him. 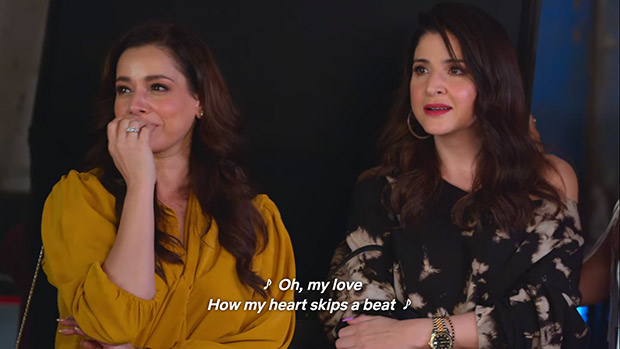 But this wasn’t the end. The women yet again got a glimpse of his bod as they saw him shoot a shower scene for Rocky Aur Rani Ki Prem Kahani. The sequence definitely left them speechless and breathless. It seems that the show finale climaxed really well for the four ladies and we can’t wait to see what Season 3 of The Fabulous Lives of Bollywood Wives has in store for us!

Produced by Karan Johar’s Dharmatic Entertainment, the second season of The Fabulous Lives of Bollywood Wives is streaming on Netflix.