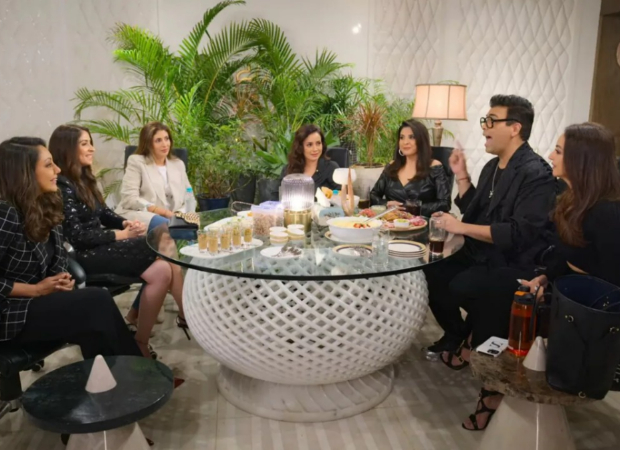 Gauri further asked, "What is so great about them that we don't have?" to which Karan cheekily replied, "Been there, done that, bought a t-shirt, moved on. I want to hang with them." She further said, "How dare you, Karan, dump us and be in this group chat? Not speaking a word on our group chat. Busy wanting to dump us, and go on that."

Karan Johar asked whether Suhana Khan, Navya Naveli Nanda, Shanaya Kapoor, and Ananya Panday will reject him from the chat group. Bhavana Pandey and Maheep Kapoor said that the girls don't have the guts to do that. For unversed, Ananya made her Bollywood debut in KJo's production Student Of The Year 2 whereas Shanaya Kapoor will make her debut via Dharma Productions in Bedhadak.

Meanwhile, Suhana Khan will make her debut in Zoya Akhtar's The Archies with five new actors.

ALSO READ: Fabulous Lives On Bollywood Wives: Maheep Kapoor makes shocking revelation about Sanjay Kapoor cheating on her during their 25 years of marriage