Last Updated 01.10.2020 | 10:32 AM IST
feedback language
follow us on
Home » News » Bollywood Features News » Bollywood News Ranveer Singh has a ‘pinch me’ moment after being featured on Tinkle magazine

What a terrific 2018 has been for Ranveer Singh. The year began with Padmaavat which saw him essay the role of menacing Sultan Alauddin Khilji in Sanjay Leela Bhansali directorial. The film went onto become a blockbuster. The actor married Deepika Padukone in November. And at the year end, he gave yet another blockbuster with Simmba. The film will cross Rs 200 crore today at the box office. Now, the actor has added yet another feather to his success hat as he is on the cover of the Tinkle magazine with Suppandi and Shikari Shambu. 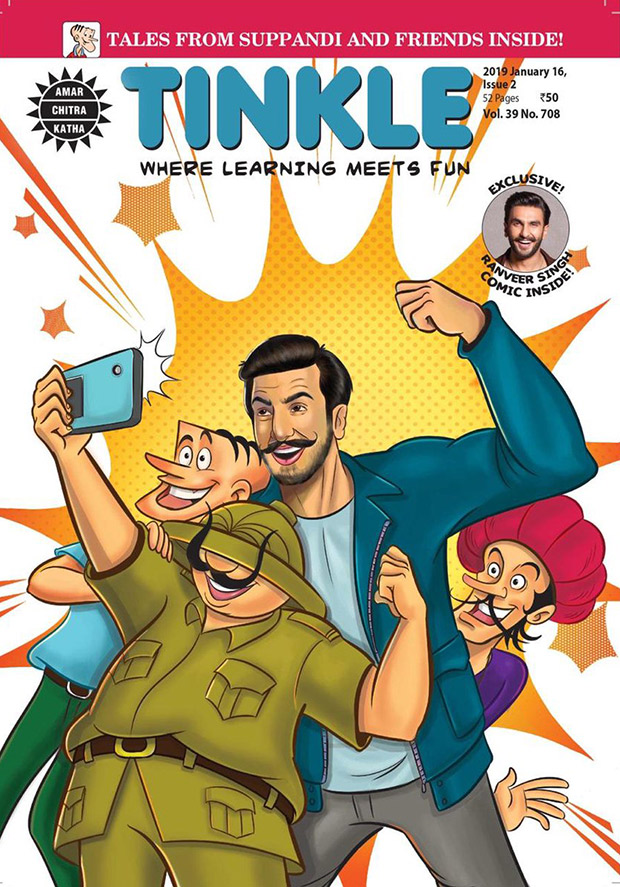 Ranveer Singh is a comic character in the January issue of Tinkle magazine. Sharing the 'pinch me' moment, Ranveer wrote, "I've to pinch myself to see if I’m dreaming. This is one of the fondest memories from my childhood. I grew up reading @TinkleMagazine. Can’t believe I’m on the cover with SUPPANDI AND SHIKARI SHAMBU!!! I mean... I can’t even...❤️❤️❤️❤️❤️ @Suppandi #blessed #nodreamtoobig."

This January, @SimmbaTheFilm roars into the @TinkleMagazine universe! Catch @RanveerOfficial's adventures with your favourite Tinkle toons in our second January issue! Plus an exclusive interview from the newly married heart throb!
(1/2) pic.twitter.com/LtAxCk1vW8

Also Read: “It’s been a phenomenal year for me!” - Ranveer Singh on delivering his career-best opening with Simmba