Rani Mukerji’s inspiring film Hichki that was loved by critics and audiences alike is now set to release in China! It is a huge feat for this social drama that has won the hearts of many across the world with its social message of equality. The film has been titled Teacher with Hiccup for the Hong Kong release. 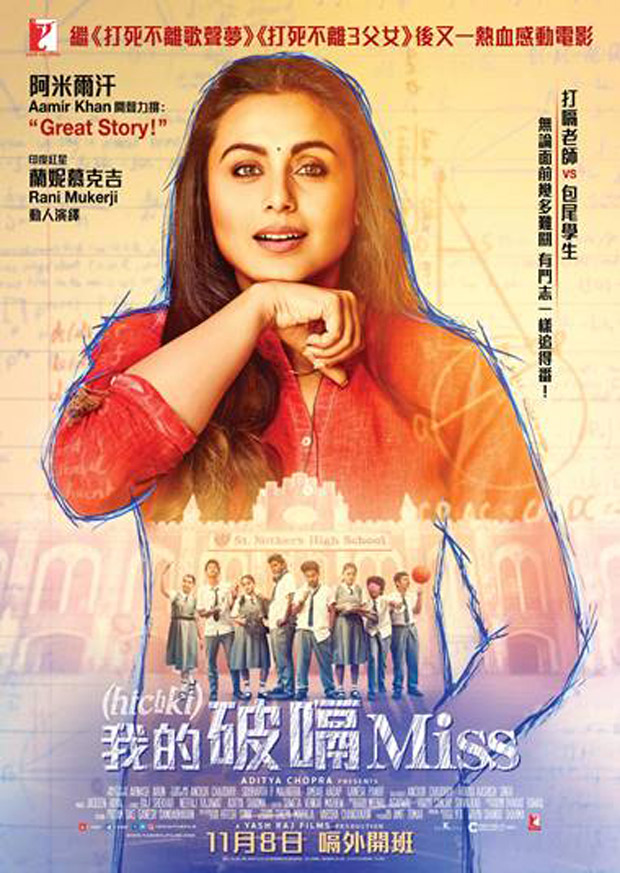 Rani Mukerji’s much-loved film Hichki will release in Hong Kong on November 8 ! The film has been titled 我的破嗝Miss (My Extraordinary Teacher) for its Hong Kong release. Rani’s performance as Naina Mathur, a school teacher dealing with an involuntary nervous system disorder, Tourette Syndrome, has been widely lauded by audiences and critics alike across the world. Her brilliant performance has seen her sweep awards and accolades this year.

Hichki has been receiving worldwide acclaim so far. It received a standing ovation at the Shanghai International Film Festival (SIFF) and Indian Film Festival of Melbourne(IFFM).