Rani Mukerji is extremely nostalgic on the 16th anniversary of her film Hum Tum starring Saif Ali Khan and Rishi Kapoor. She is fondly remembering her shooting experience with the legendary actor who recently passed away leaving a huge and irreparable void for the Indian cinema industry. 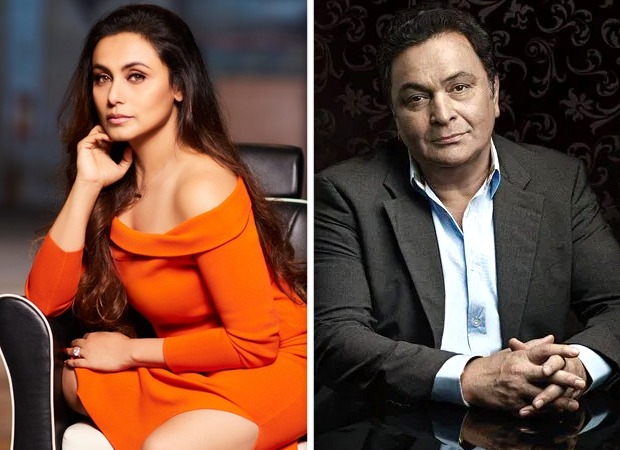 Rani says, “Hum Tum will always be memorable for me because it was the film that Chintu uncle was part of and I fondly remember our shoot in Amsterdam. Recently, when I met up with him before his untimely demise, we were chatting about the Hum Tum shoot and we were recalling the days of how much fun we had during the Amsterdam schedule!”

She adds, “I remember very clearly that for Chintu uncle, it was one of the first films in which he had started playing key character roles. He took a leap of faith and he agreed to play Saif’s dad because till then he was always the leading star. Somehow he did this and he was just brilliant as usual and made our film truly special!”

Rani also reveals that she was a huge fan of Rishi Kapoor, the actor and the person that he was. She narrates her memories of acting with him in Hum Tum saying, “Chintu uncle belonged to the era where actors never did sync sound and Hum Tum was a sync-sound film. We were shooting in a house in Amsterdam which had wooden flooring and Dilip Subramaniam was the sound recordist. He kept telling Chintu uncle that each time he would take a step in the house, the floor would creak and the sound would come. Chintu uncle invariably moved and Dilip would say cut, we will need one more!”

She says, “Chintu uncle was just not used to one more take and we used to all crack up because he used to fire him. He used to say what the hell is this, why is the take not getting okayed and why is the floor creaking. He was hilarious. It was quite a first for him because he had to actually understand what this sync sound is all about because they used to all dub for their films and these things never mattered. It was a first and we used to have lots of chats and laughs about this. I have always been a huge fan of Chintu uncle and his demise has been a double loss for me, as somebody whom I knew very well and also as a fan.”

Rani feels Hum Tum was definitely ahead of the curve by showing a progressive portrayal of women in cinema. She says, “Hum Tum was a very, very special subject a very modern subject. It was definitely ahead of its time. The way my character Rhea reacts at the end and walks away from Saif’s character’s (Karan) life when he just randomly suggests getting married because they had physical intimacy, it was bold. I think that was way ahead of its time for a woman to do this in a Hindi film. For a girl to actually walk away from a man and break stereotypes and notions of how a woman should react, it was new but it was also much needed to show in cinema.”

Rani adds, “Before Hum Tum, we hadn’t seen many roles where women were strong and self-reliant like that. They would hardly take a stand like that. So, it kind of spoke about the new emerging woman. So, I think Rhea’s character stood for the modern Indian woman at that time and I remember when Adi offered me the film along with Kunal, I had completely gone gung ho and really, really loved the script and had said – this is great! Let’s do this!”

ALSO READ: “Shammiji loving my performance in Yuva was a huge compliment for me,” says Rani Mukerji