Ranbir Kapoor, who portrayed the role of the reel life Sanju, is all set to join hands with the real life Sanjay Dutt for his forthcoming period drama Shamshera. The film will feature Sanjay Dutt as an autocratic police officer whereas Ranbir plays the role of a rebel with Vaani Kapoor as his love interest. During an interesting rapid fire round with Bollywood Hungama, the two actors spoke about the bond they share with each other along with a few other revelations. 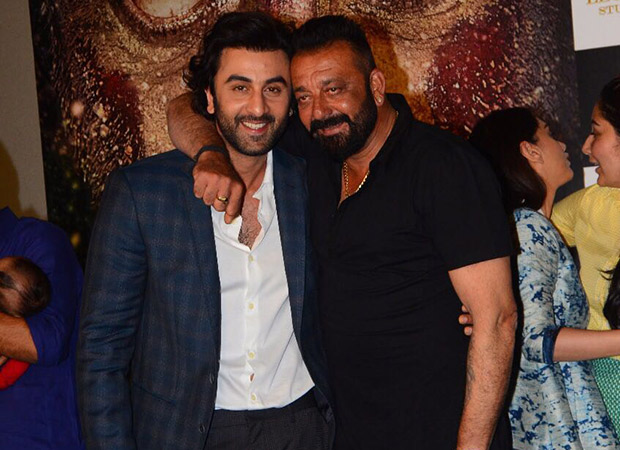 Ranbir Kapoor talks about the iconic dish, Chicken Sanju Baba; recipe created by Sanjay Dutt at a restaurant in Mumbai

Sanjay Dutt was his candid self during the rapid fire round at the Shamshera exclusive interview with Bollywood Hungama. The rest of the team were not only left impressed with his candour but leading lady Vaani Kapoor also learnt some interesting facts about Sanjay Dutt and his other talents besides acting. When Sanjay was asked which dish is his favourite to cook, pat came his response, “Mutton Korma.” Listening to his response, a rather impressed Vaani asked if he can cook. To which, everyone, including Ranbir Kapoor answered positively and furthermore, Ranbir also went on to reveal the story behind the famous dish Chicken Sanju Baba.

For the uninitiated, Chicken Sanju Baba is a popular dish that is available in Mohammad Ali Road (Bhendi Bazaar) in South Mumbai. Revealing the story, Ranbir said, “Once he had visited the place there and told them that he will cook chicken. They loved the dish so much that they copied the recipe and even named the dish after him.”  Vaani was left quite surprised after this revelation.

Besides this, Sanjay Dutt also answered questions about his co-actor Ranbir Kapoor where he revealed that he admires the Kapoor boy’s sincerity the most towards his work and as a person, he appreciates his ‘golden heart’. “He is a golden hearted boy with a lot of respect and correct values in the correct place,” said Sanjay further adding that the actor deserves a 20 on 10 for his body transformation in Shamshera.

On the other hand, Sanjay Dutt also revealed that he starts his day with a cup of Indian tea, he would like to portray the historical role of Hari Singh Nalwa (Commander-in-chief of the Sikh Khalsa Fauj), and his favourite holiday destination is New York.

Coming to Shamshera, the film, produced by YRF and directed by Karan Malhotra, is slated to release on July 22.