Katy Perry was in India in the month of November 2019 as the headliner of the OnePlus Music Festival. Not only did she perform for a massive crowd, but she also did a photoshoot with Vogue India. During the interview, Katy opened up about her struggle with depression after the release of her 'Witness' album in 2017 and how her fiance Orlando Bloom helped her to get through the rough patch. 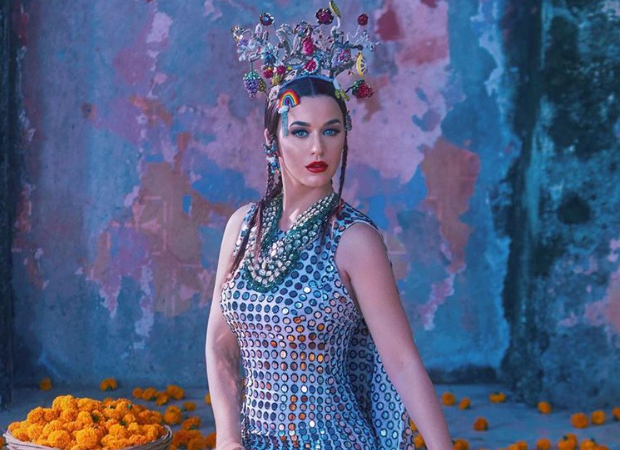 "I became depressed and I did not want to get out of bed. In the past, I had been able to overcome it, but this time something happened that made me fall down too many flights of stairs. I had to really go on a mental health journey,” she shared.

She also revealed how her fiance Orlando Bloom has been her anchor.  “I’ve gone to therapy, been through the Hoffman Process, done plant medicine... And I have a partner who is also all about finding a balance—Orlando, who is on a spiritual journey of his own. He’s an anchor who holds me down, and he’s very real. He’s not the number one fan of Katy Perry, but he’s the number one fan of Katheryn Hudson," she said.

Katy Perry and Orlando Bloom both have been married previously. Their bond is pretty solid, though.  “Love is different from dating. You date in your twenties. Love is a partnership, friendship, truth and being an absolute mirror to someone. Orlando is like a sage. When we first met, he said we would pull the poison out of each other, and we really do. It’s exhausting, but we really hold each other accountable. I’ve never had a partner who was willing to go on an emotional and spiritual journey like Orlando. It’s challenging because you’re facing all the things you don’t like about yourself. It’s like a never-ending cleanse.”

Katy Perry and Orlando Bloom got engaged on Valentine's Day, 2019. The singer is currently working on the release of her sixth studio album.

Grateful to be part of the Vogue Values cover for @vogueindia this Jan. For this shoot I got to wear many Indian designers that either upcycle or use recycled materials to make their designs. There are SO many little ways you can adopt in your everyday life to become more aware of how to better help our planet. For one, I love doing #meatfreemondays and substituting with a plant based option like @impossible_foods. What are you thinking you can you do to help our planet? Leave some ideas below in the comments ♥️???????? Story link in bio

There are two ways of spreading light: to be the candle or the mirror(ball) that reflects it @vogueindia Jan 2020 Story link in bio