B-Town couple Rajkummar Rao and Patralekha tied the knot in Chandigarh on November 15 after 11 long years of dating. The couple got married in a grand affair which was only attended by their family members and close friends. 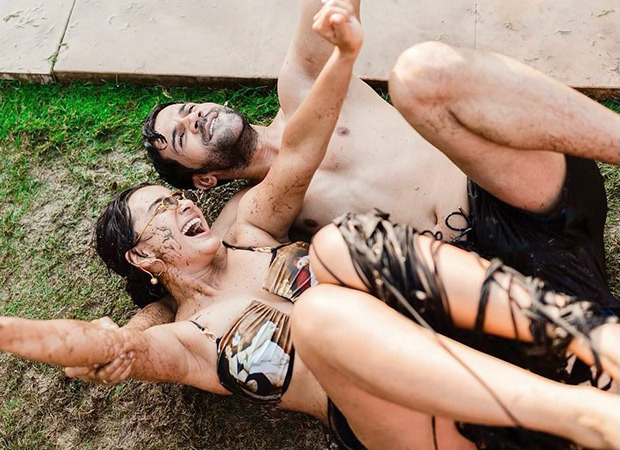 On Wednesday (15th December 2021) the couple marked their first month wedding anniversary. To celebrate the one month of togetherness, Rajkummar Rao took to his Instagram and made a special post dedicated to Patralekha. The post had a couple of pictures in which the first photo was from their pre-wedding party where both Rajkummar and Patralekha can be seen having a gala time by the pool side and mud. While the other photo is from their wedding day where the couple can be seen smiling at each other.

Meanwhile, on the work front, Rajkummar Rao is currently in Lucknow shooting for his upcoming film Bheed directed by Anubhav Sinha.

ALSO READ:Rajkummar Rao and Patralekha built a shrine for his late parents and her father at their wedding, see photos