One of the highly anticipated films of the year is Rajkumar Hirani's upcoming directorial which is Sanjay Dutt biopic. Starring Ranbir Kapoor in the lead, the film is easily the most awaited films of 2018. The makers are working hard to get the movie ready for the June release. While the insiders claim the film will easily push the envelope of biopics in Bollywood, it is only increasing the excitement. As the teaser of the awaited film is only a few hours away, Rajkumar Hirani opened up to a leading daily on why Dutt biopic was his next project. 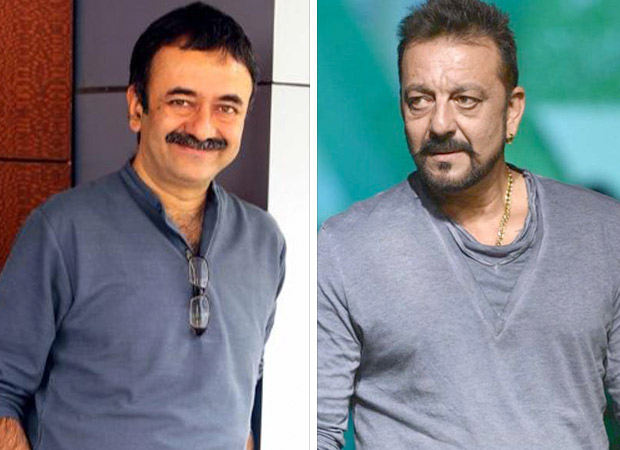 Speaking about the meeting Sanjay Dutt who was out on parole, Rajkumar Hirani recalled how it all happened. Interestingly, the director admitted that he wasn’t as close to Dutt as people expected them to be even after giving two hits like Munnabhai MBBS and Lage Raho Munnabhai. He revealed that they weren’t as close as he was with other filmmakers like Mahesh Manjrekar, Sanjay Gupta and others. During the conversation, he revealed that Manayata Dutt was in hospital while Sanjay was out on parole. He would travel to and fro between home and hospital. It was one of those days when Hirani visited him and it was the first time Sanjay opened up to him. Being alone at this time, Hirani recalled that whatever the actor was venting and speaking was straight from his heart which was gem for a filmmaker. He had reached Dutt’s residence at 5 pm in the evening and left at around 3 in the morning. This was before he was writing Aamir Khan’s PK.

Moving further, Hirani further said that as he wasn’t sure how to go about these stories that Sanjay Dutt was telling, he informed his friend and writer Abhijat Joshi about it. As Sanjay wanted to meet the filmmaker, Hirani took Joshi with him to his residence where he opened up about his life and was sharing anecdotes. So, over the course of 25 days, they recorded everything but at the time, they weren’t thinking of making a film. All they were seeing was a man who had led a pretty tumultuous life- from losing his mother to father, wife, women and drug addiction- gun- jail time. While the actor led a tough life, Hirani was thinking of this as a story that needs to be made into a film. When it was pitched to Dutt, he was informed that they won’t glorify him. He would tell a story just the way it is and the actor was absolutely okay with it. This is where it all began. Hirani then met everyone in Sanjay Dutt’s life- from cops to relatives to journalists to friends.

As the first teaser is set to hit the Internet today, Ranbir Kapoor will be seen essaying the role of Sanjay Dutt. The young actor has undergone a drastic physical transformation to fit the part and will be seen in 6 different looks tracing the life of Sanjay Dutt. Ranbir Kapoor surprised the audience with the striking resemblance to Dutt as pictures from sets hit the internet last year. The actor not just embodied the looks of Sanjay Dutt but also learned the nuances and accent of the actor. The team underwent tremendous research for the film including watching almost more than 200 hours of footage for the film.

Produced by Vinod Chopra Films and Rajkumar Hirani Films in association with Fox star studios. Dutt Biopic is all set to be released on 29th June 2018.