In the fashion obsessed B-town, Anushka Sharma is someone who quietly does her own thing. She spells a distinct style play that is always astounding and never OTT. Quite rightly, her maiden fashion venture, Nush adheres to these inherent sensibilities too. Whether it’s a casual outing, cheering her husband Virat Kohli from the stands or  a red carpet evening, Anushka Sharma relies on the good old mantra of keeping it chic, keeping it classy! Last evening, Anushka was announced as the brand ambassador of Standard Chartered’s retail digital banking in Delhi. Anushka attended the event looking every bit chic in the timeless plaid print. She had teamed up with feted fashion stylist, Anaita Shroff Adajania assisted by designer and stylist, Sukriti Grover for this endeavour.

A quintessential outsider, Anushka Sharma strikes an instant chord with her off-screen spontaneity and an affable charm. With a strong sense of self, it would be quite safe to say that Anushka has carved a niche for herself in Bollywood with her unconventional roles and also curated a style of her own. Anushka finds the perfect balance of all that is in vogue and yet comfortable all whilst nonchalantly giving us wardrobe goals that are achievable and enviable as well. Here’s a closer look at Anushka’s chequered style play.

Anushka Sharma – Playing it up in Plaid! 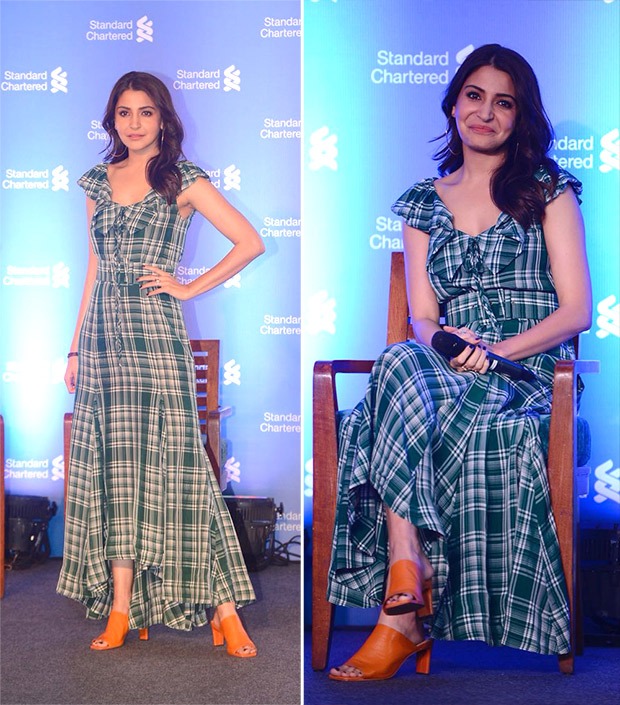 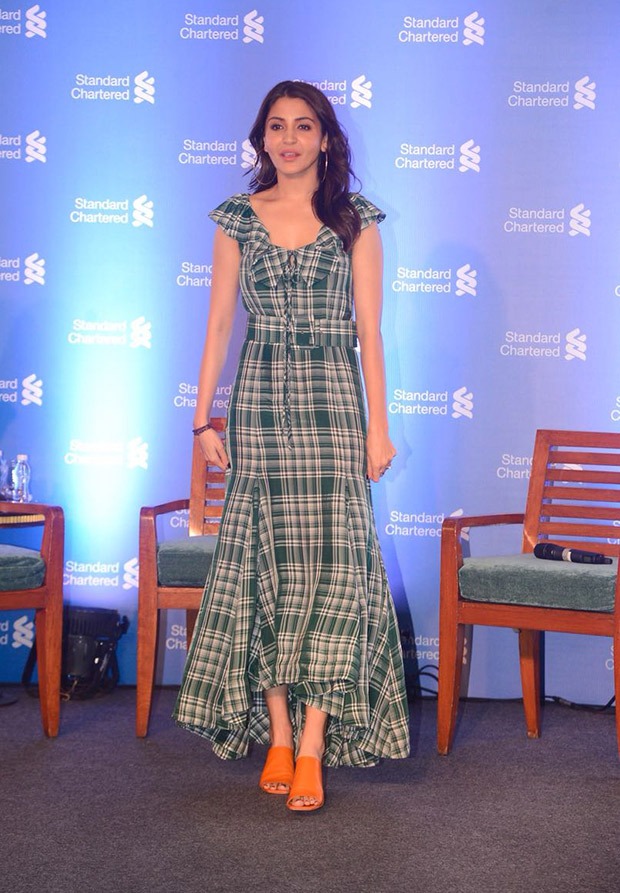 This Spring 2018, we see that the world is obsessed with the plaid that’s made a comeback. This chic resurgence finds an apt muse in Anushka and we loved her subtle style to the T. 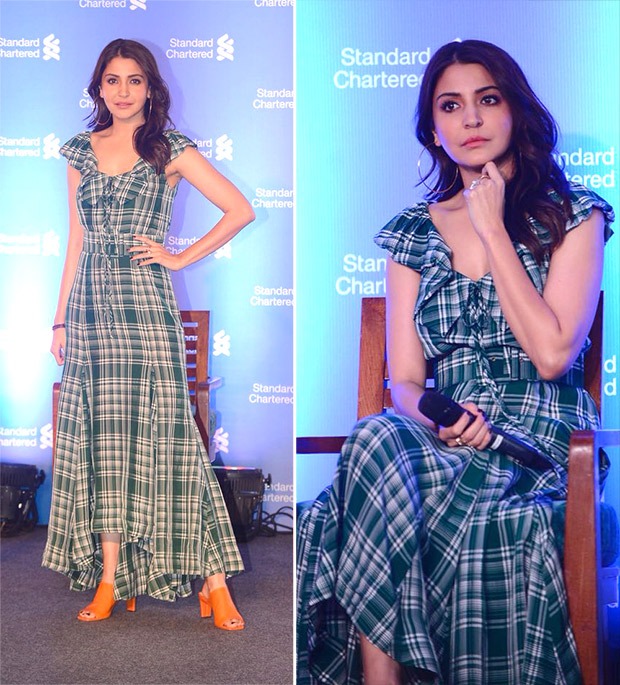 This timeless print is a rage this season and shows no signs of slowing down. So stock up on the plaid in a variety of colours and pull your entire outfit together, just like Anushka!

On the professional front, Anushka Sharma scared the wits out of everyone with the portrayal of Rukhsana in the supernatural horror film, Pari: Not A Fairytale in March. She will be seen in the Rajkumar Hirani directed Sanjay Dutt biopic with Ranbir Kapoor, Sharat Katariya’s Sui Dhaga opposite Varun Dhawan and Anand L. Rai’s Zero opposite Shah Rukh Khan and Katrina Kaif.