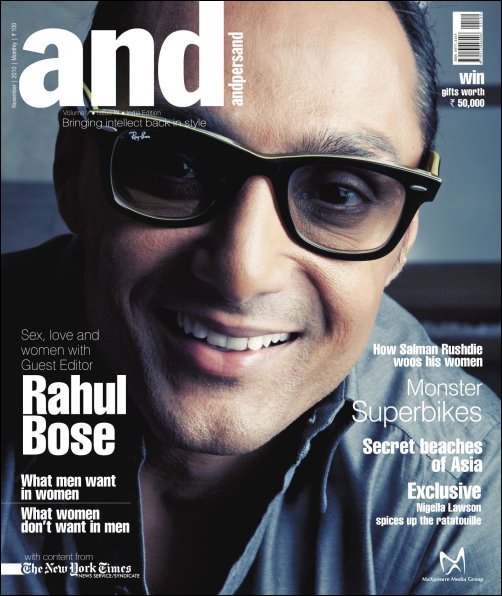 He is the most unlikely hero! He doesn't battle an eyelid, before calling a spade a spade! He is Bollywood's very own suave and erudite Rahul Bose, who is on the cover of the magazine 'andpersand'.

The mag has also brought him on board as its guest editor for the issue. In this issue, he raves and rants about why he is still single (or is he?), his first girlfriend, first sex and why he doesn't need marriage!

Rahul also wants a UN resolution against hair loss! He also went onto add that "Men marry because they want to be a hero. Since the age of 18, I knew marriage was a bad idea. At 43, I know exactly why it so." Well, you also know that its Rahul-speak when you get words like "Men work to take their mind off sex!"

Well, we can't write anything further.