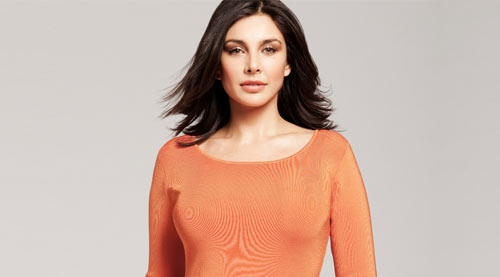 Lisa Ray who was seen in the Bollywood film Kasoor 14 years ago is back in a film titled Ishq Forever that released in theatres this week.


Speaking excitedly about her part Lisa says, "I'm playing a RAW agent in Ishq Forever who comes face to face with her ex-husband played by Javed Jaffrey in the line of duty. Our mission is to protect the PM's daughter played by Ruhi Singh from terrorists and a kidnapping plot. She does run away with a handsome stranger played by Krishna Chaturvedi and then the chase begins."


The film was shot in South Africa, and Lisa had fun shooting it. Says she, "It's a fun-filled all round family entertainer. We're calling it a rom-venture. Shabbir Boxwallah, the producer who is an old friend, called me out of the blue when I was in the middle of moving in Hong Kong with my husband. And that's how I came into the picture."


Lisa now divides her time between two countries. "I'm now living in both Bombay and Hong Kong. I'm in the very fortunate position of not having to work but choosing to work. My heart is in India so the plan was always to return and all of last year was spent setting up two homes, shooting two films (Ishq Forever and Zahhak) shooting for my travel show through Europe and all my cancer related activities as well as working on my book."


Her combat with cancer has made Lisa see the lighter side of life. "Post cancer I don't take myself too seriously. I had been wanting to do a film which is light-hearted as most of my previous films are serious and issue oriented. It's always fun to be open to new experiences."


In Ishq Forever Lisa has done some heavy duty action sequences. Recalling the experience she says, "I trained with Master Shifuji for the action and to get the body language right. Working with Javed was also a pleasure. Plus I wanted to be part of a film which I could show my kids when they are young as my films are for an older audience except for Bollywood Hollywood. I also enjoyed playing a strong, empowered older woman on screen who is attractive and doesn't need a man to make her complete."