Last Updated 22.09.2020 | 9:22 PM IST
feedback language
follow us on
Home » News » Bollywood Features News » Bollywood News This picture of Isabelle Kaif and Sooraj Pancholi sharing a hearty laugh on the sets of Time To Dance is a GLIMPSE of their adorable chemistry!

After Katrina Kaif, her sister Isabelle Kaif is all set to make her big Bollywood debut. The actress will be kicking off her first film, Time To Dance, with none other than the Hero actor Sooraj Pancholi. The film in question has already gone on floor in London and the proof of all the fun happenings on the sets of the film are on his Instagram page. 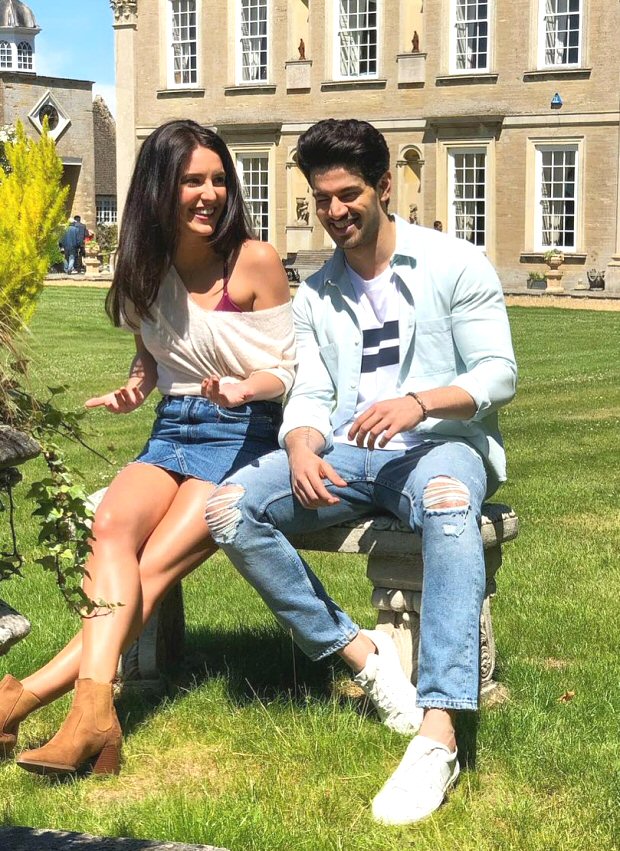 Sooraj Pancholi has been sharing quite a few tid-bits of his shooting shenanigans from the sets of Time To Dance. Amidst a bevy of them, we came across this adorable image of Isabelle Kaif and Sooraj Pancholi sharing a moment where they are seen laughing heartily.

Sooraj captioned the moment referring to a joke that the duo shared saying, “When it took me 15 seconds to understand her joke ! @isakaif ???????????? #OnSetDiaries #Timetodancefilm.” If the picture is anything to go by, we would definitely say that we can get a hint of the fun chemistry the two will be seen sharing the film.

In fact, in the past too, Sooraj has been all praises for his co-star Isabelle Kaif. Right after starting the rehearsals with his colleague, Sooraj had said in earlier reports, “Isabelle is hardworking and a brilliant dancer, which makes my job easy.”

It is a known fact that Sooraj Pancholi and Isabelle Kaif have been undergoing extensive prep to be a part of this dance film. Considering that it is produced by a choreographer himself, that is, Remo D’Souza, the actors are striving on perfecting their moves.

Earlier it was said that Sooraj Pancholi will essay the role of a street dancer whereas Isabelle will be seen performing Latin and ballroom dancing. The actor will also be sporting as many as four tattoos for his role as a dancer. Directed by Stanley D’Costa, the film will be extensively shot in the Queen’s city.

Also Read: SNEAK PEEK: Sooraj Pancholi gives a glimpse of Isabelle Kaif as she preps for Time To Dance