Sanjay Dutt- the actor, the superstar, the lawbreaker- everything comes with him. The actor carries a lot of baggage from his past which is one of the many reasons he has a biopic made on him. Rajkumar Hirani is gearing up for the release of Sanju and many aspects of Sanjay Dutt's life will be shown on the big screen with Ranbir Kapoor in the lead. 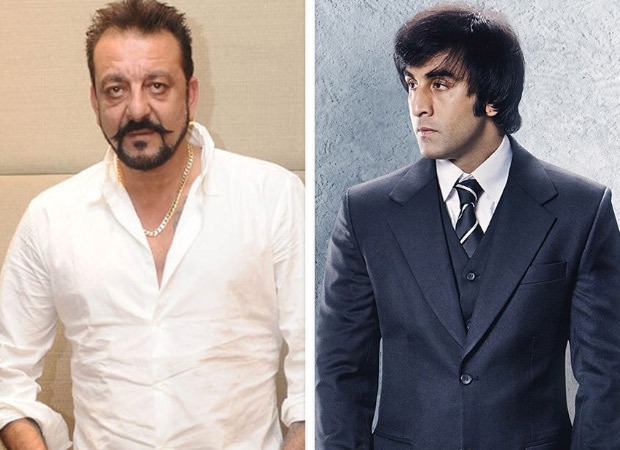 Growing up in a household with two superstars- Sunil Dutt and Nargis Dutt, Sanjay Dutt already lived a glamorous. Being the first child of these two stars, he was given everything he wanted. According to author Yasser Usman's unauthorized book ‘Sanjay Dutt: The Crazy Untold Story of Bollywood’s Bad Boy’, little Sanjay had turned into a brat that he was sent to boarding school in Himachal. The star parents thought that there was no other option but to send him far away to study so he would get stability in life and be a better person. In the book, the author revealed that Sanjay though when he was sent to boarding, at that age he thought he had done something wrong. It took him a while to adjust to the school but he eventually became the star of it in his teens.

Studying at the Lawrence School, in the hills of Himachal Pradesh at Sanawar, the school life wasn't as pleasant as one had hoped to be. During the initial years, Sanjay Dutt would write letters to his mom to come and get him. As time passed, the letters became more of the list of things we would want them to bring during their next visit. Then, came the senior years when Sanjay had grown up to be the charming man who would sweep ladies of their feet.

The unauthorized book clearly mentions that the school punishments were intense and rather creative. Sanjay would often take the hit to save his friends. Some schoolmates would wonder that teachers were rather stricter with him as he was a son of two stars. They would say that it felt that the teachers wanted to make it a point to other students that it did not matter to them that Sanjay Dutt was the son of Sunil Dutt and Nargis.

With Sanjay being himself, he would always get in trouble. In the book, an incident is mentioned where got caught by the deputy headmaster Mr. B. Singh for playing a game with a girl at night. He was called by the headmaster and he asked him what he was doing with the girl. When Sanjay said it was nothing, he got scolded and was asked to show up in his office, the next morning. He was slapped twice by the headmaster. But, the punishment wasn't over. As the school was known for its intense punishments, he was asked to put a rifle on his shoulder and crawl like a worm. This went on for 15 days as a punishment for playing a game with a girl. According to a fellow student, he was crawling on the tarmac and it was pretty tough. He had started bleeding.

The severe punishment also gets a mention in Suketu Mehta’s book Maximum City. The book mentions that Sanjay Dutt was once asked him to crawl up a gravel slope on his hands and knees for infraction of the rules. His skin had come off from his forearms and knees but reportedly the next teacher had ripped off the bandages. He was asked to crawl back the same slope again. The skin came off his forearms and knees. The next day the teacher ripped off the bandages and asked him to crawl back up the same slope. Suketu Mehta's book also mentioned that how another incident was so intense that he was beaten and gangrene had set in. The stars never intervened in the way school wanted to teach the kids but this led them to step in. Sanjay was in a Delhi hospital.

Not much had changed while he was in boarding school but the book mentions that Sanjay Dutt would step up and take a bullet for his friends. They would run down the hills of Sanawar, bunk classes, enjoy the days at local tea stalls, drink, and smoke and have fun. It was all in good fun.

As the anticipation around the Ranbir Kapoor starrer Sanju increases, one might wonder how much of his childhood and adolescent life would be shown on the big screen by Rajkumar Hirani. Hirani and Dutt go way back as they gave hits like Munna Bhai MBBS and Lage Raho Munna Bhai. Meanwhile, the film releases on June 29, 2018.

Also Read : Sanju Diaries: When a HIGH Sanjay Dutt fired gun shots after Tina Ambani broke up with him