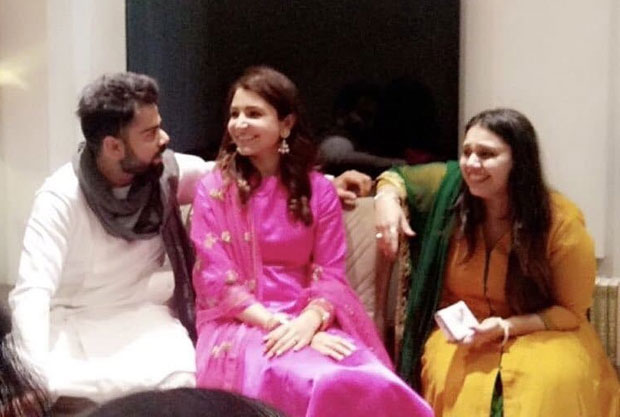 The power couple of Bollywood- Cricket, Anushka Sharma and Virat Kohli, left everyone surprised when they got hitched secretly at a beautiful destination wedding in Italy. The couple got married on December 11 in the presence of their family and close friends. It was an intimate traditional affair with pre-wedding functions. The post wedding function comprised of family get together with a DJ party where everyone had a gala time. Post their wedding, the newlyweds reportedly headed Rome and Finland for their honeymoon.

It seems like Anushka Sharma and Virat Kohli are back in India just in time for their wedding reception. We came across some new photographs of Anushka and Virat adorably having a conversation. Virat is seen in a traditional kurta and pyjama whereas Anushka looks beautiful in a pink anarkali dress. They are seen having a fun conversation with their relatives. 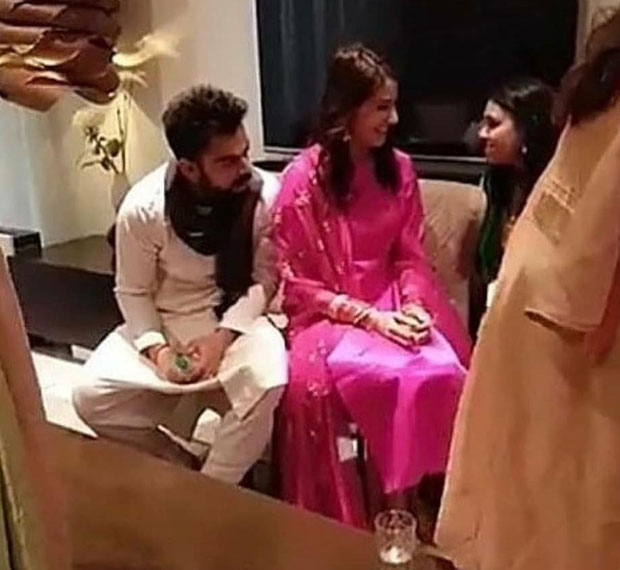 Virat and Anushka will be now making their official appearance as newlyweds at their grand wedding receptions in Delhi on December 21 and in Mumbai on December 26 – before heading to South Africa to celebrate the New Year’s Eve.

On the work front, Anushka Sharma will return to Mumbai in January 2018 to begin the next schedule of Aanand L Rai’s film with Shah Rukh Khan in Mumbai. She will also start prepping for Sui Dhaaga – Made in India as the shooting for the same starts in February 2018 with Varun Dhawan. Anushka will also be busy with the promotions of Pari which is releasing on February 9.