One can say Akash Ambani and Shloka Mehta Wedding was one of the most lavish weddings one has ever witnessed. From pre-wedding ceremonies in Switzerland to the grand wedding in Mumbai, it had all the A-listers in attendance. The pre-wedding ceremonies included a couple of parties and sangeet ceremony. The Chainsmokers and Coldplay had performed at the ceremony and it was wild. 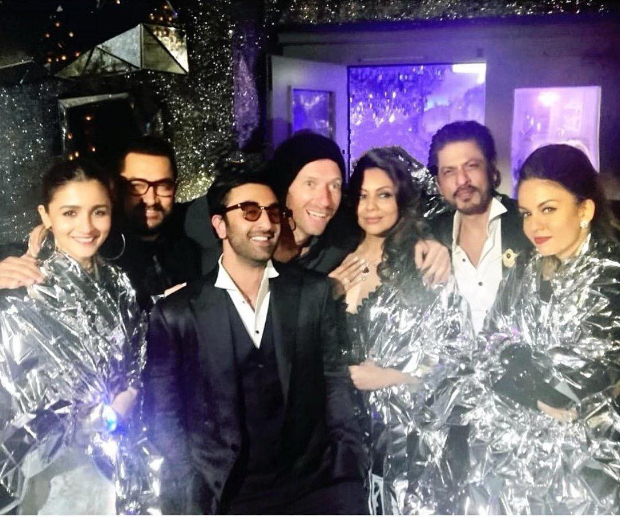 Now, throwing it back to that one fun night, Gauri Khan shared a photo that is one of the memorable ones. The photo has Aamir Khan, Alia Bhatt, Ranbir Kapoor, Shah Rukh Khan, Gauri, Natasha Poonawala posing with Coldplay's lead vocalist Chris Martin. She simply captioned it, “A huddle with Chris Martin.” It seems like Gauri shared this keeping in mind that it's Alia Bhatt’s 26th birthday.

Last week, Coldplay had posted a note listing a couple of songs and signed off by saying “Shah Rukh Khan Forever”. Two worlds colliding really sent the fans into frenzy. SRK had responded by saying, “Will surely listen to the music u are listening to my man. Will send u some Indian music too. Love to you & health and life Forever and more to you.” The band’s original tweet read, “Hello everyone, I hope you are all doing ok. Better than ok actually. Here is some music I love at the moment.” The tweet listed songs by Stormae, John Williams and Barrie.