By now, readers would be aware that the Pataudis aka Kareena Kapoor Khan, Saif Ali Khan and their little son Taimur Ali Khan are in England for a work and pleasure trip. Not too long ago, we had reported that after a small break with family, Saif kicked off the shoot of Jawaani Jaaneman. On the other hand, Kareena is waiting for the shoot of Angrezi Medium to kick off. Until then, the actress decided to spend some time with her sister Karisma Kapoor. 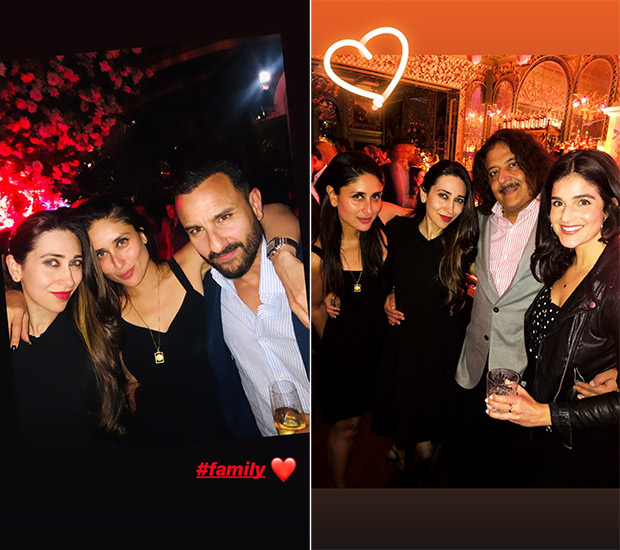 Few days ago, Karisma Kapoor, who is quite active on Instagram, decided to share about her London shenanigans. The actress was spending time with her sister Kareena Kapoor Khan and her nephew Taimur Ali Khan. Now the actress seems to be letting her hair down as she parties with her younger sister. The two Kapoor ladies shined in black and Karisma posted the photos of the same on her official Instagram page. On the other hand, Saif Ali Khan, who is busy with the shoot of Jawaani Jaaneman, decided to attend the bash in his usual suave avatar.