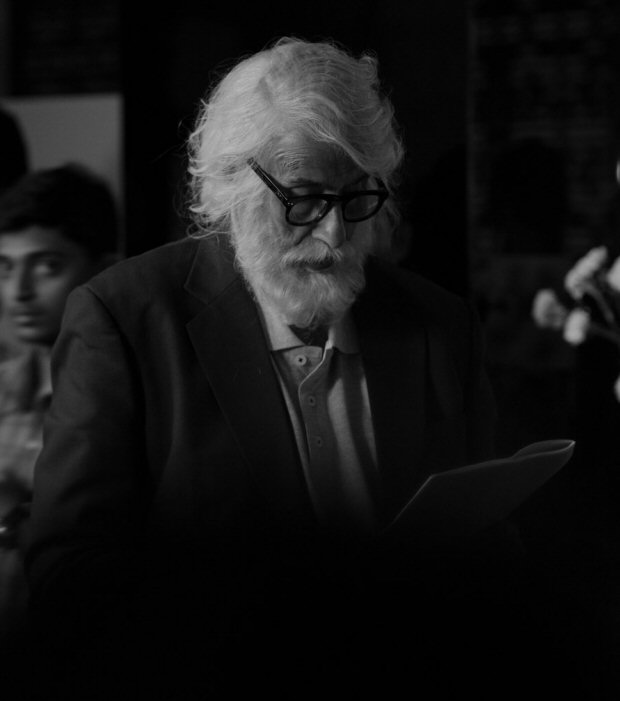 Age is just a number for the young at heart Amitabh Bachchan, who keeps on springing one surprise after another.

The latest update about Amitabh Bachchan is his quirky film 102 Not Out, which also stars the veteran Rishi Kapoor. Readers may know that the two actors are uniting together after as many as 26 years! Their new film 102 Not Out will see them star as father and son. After the first look of the film got released recently, everyone was simply raving about the looks of both Amitabh Bachchan and Rishi Kapoor. In the same breath, Amitabh Bachchan recently posted the adjoining photograph, which has him looking 102 years. Amitabh Bachchan aptly captioned the same as “Since the media has put out a leaked picture of '102 not out' .. might as well give you the real one ..”

102 Not Out is a film, which is basically based on a hit Gujarati play by the same name. While the film is being directed by Umesh Shukla, the rest of the cast is yet to be announced.

Watch this space for details.