After spending months in quarantine, last month, Nushrratt Bharuccha returned to the dubbing studio to complete work on Chhalaang. It was only recently she returned to a film set but it seems like she sustained an injury. 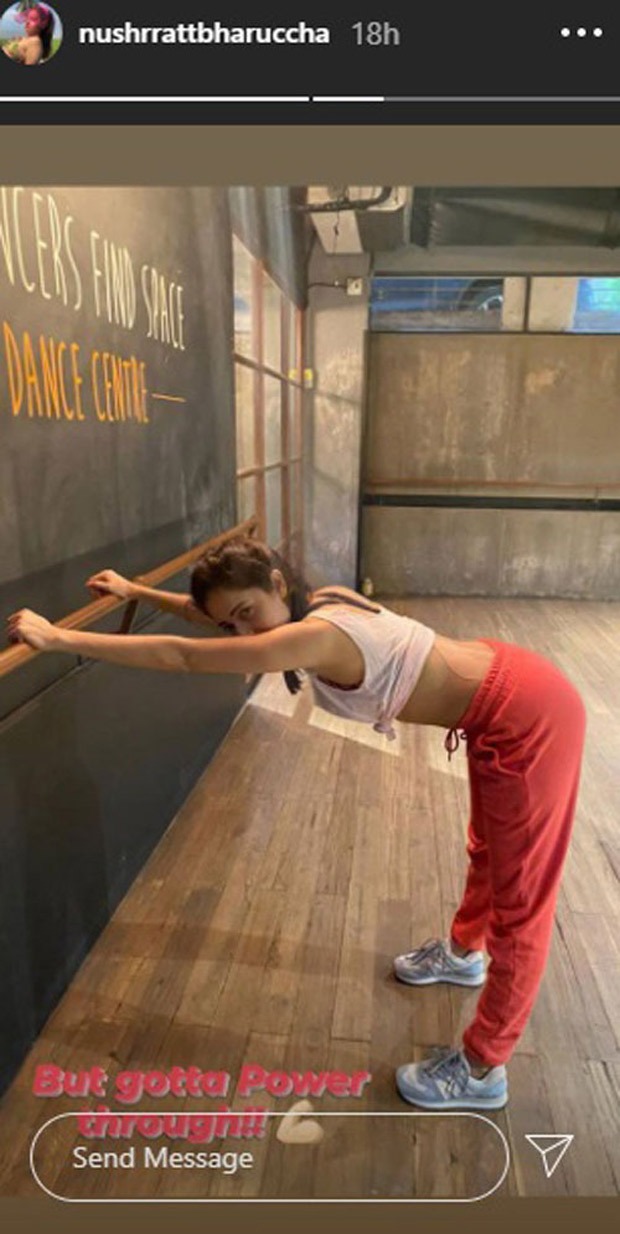 Nushrratt took to her Instagram stories to show some exercises she was doing whilst trying to get back in shape. She revealed she had injured herself only after the first day of work. She was seen wearing a pain patch on her back. "But gotta power through,” she captioned one of the pictures. 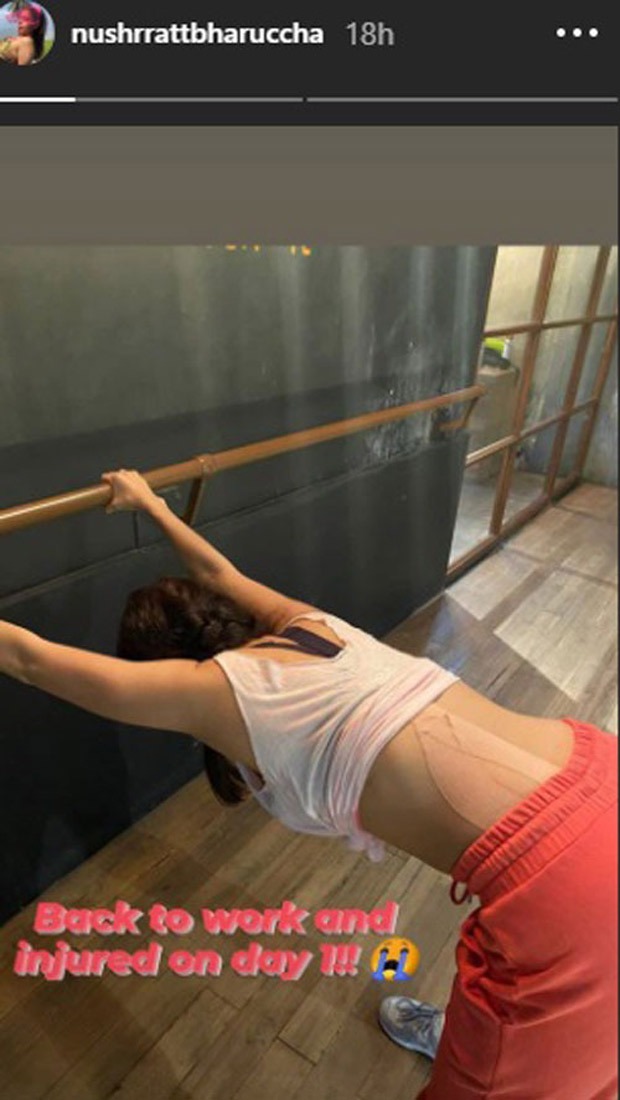 The actress will next star in Chhalaang. Nushrratt Bharuccha plays a Computer teacher and also plays Rajkummar Rao’s love interest. Chhalaang is releasing this Diwali on 13th November only on Amazon Prime Video.

Directed by Hansal Mehta, Chhalaang is an inspirational journey of PT Master Montu (Rajkummar Rao), and humorously addresses the importance of Sports Education in school curriculum.  The film features the versatile Rajkummar Rao and Nushrratt Bharuccha in lead roles along with Zeeshan Ayyub, Satish Kaushik, Saurabh Shukla, Ila Arun, Jatin Sarna, and a bunch of children who are an integral part of the plot.