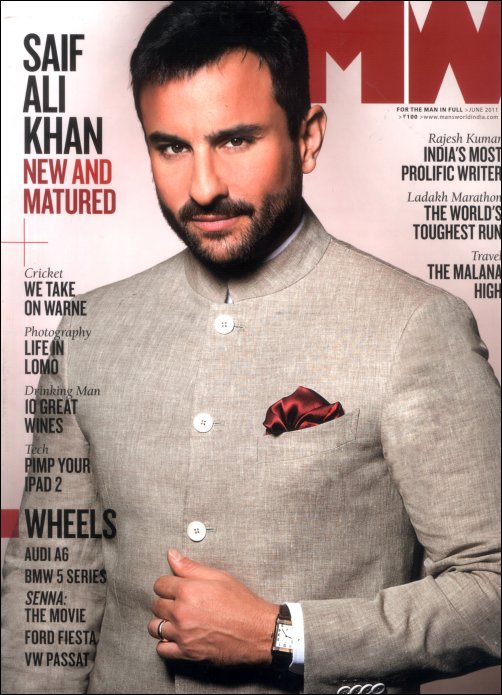 'Saif Ali Khan New and Matured' says the cover of Man's World magazine this month. Dressed in Nehru jacket, the star truly looks like an elegant 'nawab' on the cover.

Saif is on a high, career wise as he is acting in and even producing some of the biggest projects of this year. However, his dream project is a film based on his father's life. Says Saif, "It would be an interesting sports based film on overcoming a handicap. My father played all his test cricket with one eye. The only hitch is, we can't think of anyone cool enough to play his role."

In the magazine, Saif also speaks about his take on cars and bikes, his favourite cricketer, his preference between older and younger women, his comfort food, his last meal on earth and his pick between Rajinikanth and Amitabh Bachchan!

All in all, an issue that's worth collecting!