Actor Neena Gupta took to her Instagram feed a couple of weeks ago to share a video with her Saans co-actor Kanwaljit Singh. The duo has worked together in the 2021 film Sardar ka Grandson apart from the 1998 TV show Saans. In the video, the two actors are seen standing in a sea-facing house and observing how they cannot afford to buy a sea-facing house but are happy to be shooting in one. 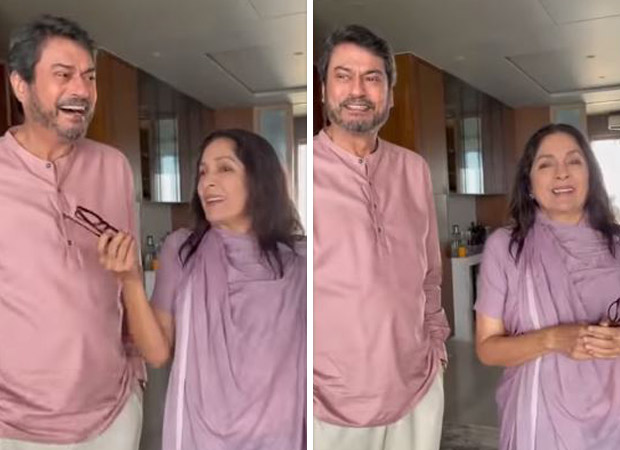 In the video, Neena shows off the house in which they are shooting and says, "This is a flat, see the view but we cannot afford it, but we can at least shoot here.” Hearing this, Kanwaljit says “At least this is our house while we are shooting.” She then adds, “Yes, let's enjoy this for 2-3 days till we are shooting here.” The video was captioned, “Yeh hai Mumbai Meri Jaan.”

On the work front, Neena was last seen in Amazon Prime Video’s Panchayat Season 2. The eight-episode series became a massive hit and Neena's performance was appreciated by all. She will be seen next in Vikas Bahl's Goodbye, which also stars Amitabh Bachchan and Rashmika Mandanna. She will also be seen in Sooraj Barjatya's Uunchai which also stars Amitabh Bachchan, Anupam Kher, Parineeti Chopra, and Boman Irani.

ALSO READ: Neena Gupta was jealous of Shabana Azmi? Actress reveals about how she lost roles