Neena Gupta is known for her unconventional roles that she portrays onscreen and the actress has been taking up some very interesting projects. Reminiscing about her old days, Neena revealed that her life was very different during her younger days. Walking down the memory lane, the actress had some interesting revelations to make during an interview with Indian Express. 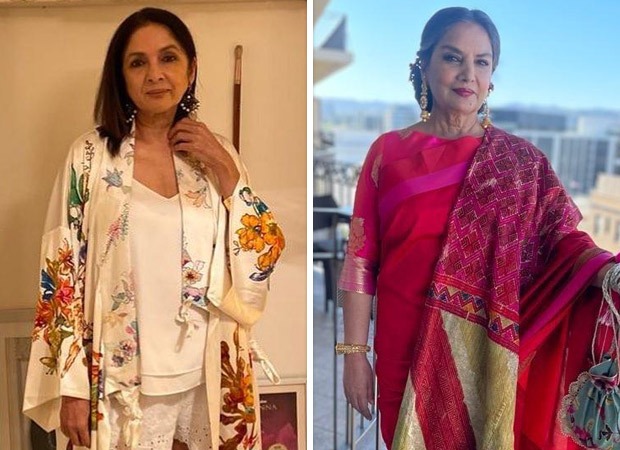 Neena Gupta was jealous of Shabana Azmi? Actress reveals about how she lost roles

In her recent interview with the website, Neena Gupta mentioned that she was jealous of veteran actress Shabana Azmi. Speaking about it, she said, “Long time back, I used to be jealous of Shabana Azmi because she used to get all the nice parts. There were many other actresses also. Sometimes I was told that we are doing this role but was thrown out from it." However, the actress went on to add that she is in a much calmer space now and with the variety of stories around her, she is also getting very interesting roles to play. As for competition, the actress maintained that right now she is busy focusing on herself. She doesn’t believe in competing with anyone anymore as she believes that age has had an effect on her. As of now, she maintained that she is her own competition as she aims at beating herself with each venture.

From playing an old pregnant woman to a modern mother, Neena Gupta has been exploring and experimenting with her onscreen characters. Owing to the same, the actress has some interesting projects in the pipeline. Amidst that is also the second season of Masaba Masaba which will stream on Netflix. For the uninitiated, the series features real life mother-daughter duo of Neena Gupta and Masaba Gupta. The actress is doing several web-related projects including Panchayat 2 which has gained a lot of momentum owing to its rural connect.

Also Read: Masaba Gupta adds a dramatic twist to her all-black corset and skirt ensemble by accessorising it with gold jewellery