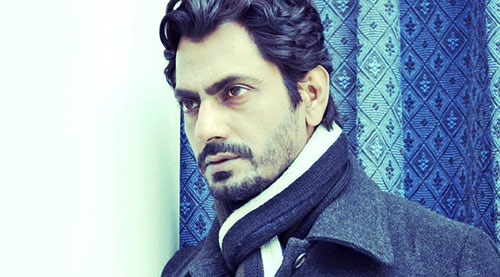 The actor par excellence Nawazuddin Siddiqui is very kicked about his presence in Sajid Nadiadwala's Kick. "It's the biggest film I've worked in so far. I have a grey and a very substantial role. This film will give me a much broader audience base because of Salman Khan's presence."

Nawaz says he had a great deal of fun shooting with Salman. "We may come from different schools of acting. And I like to prepare for my scenes. But once on the sets we both like to improvise a lot with our scenes. What I like about Salman is his honesty. He is exactly the same outside and inside. It's this quality of transparency that connects him with the audience."

Nawazuddin Siddiqui is also all praise for his director Sajid Nadiadwala. "Kick may officially be his first film as director but Sajid Saab has grown up on the sets watching directors shoot films for his grandfather and father. Shooting Kick with Sajid Saab I didn't feel I was being directed by a first-time director."

Initially, Sajid Nadiadwala thought he would have to change his style of acting. "Sajid Saab did tell me to raise the octave of my acting-pitch by one notch. However when we got down to doing the scenes we discovered that my normal sur of performance suited the film's mood just fine."

Nawazuddin is also very excited about Sriram Raghavan's Badlapur. "I've a positive role in Badlapur. And what a director Sriram Raghavan is! His detailing of scenes and his entire approach to characters and direction are so different from Sajid Nadiadwala. Both have been learning experiences in their own right for me."

Nawazuddin thinks very highly of his Badlapur co-star Varun Dhawan. "He is so dedicated at getting the role right at such a young age. He has only done bright films so far. This is his dark film. And he blends into the mood so effectively."

"This is the most exciting phase of my career. I'm a part of two potential blockbusters. Right after Kick storms the box-office my Mountain Man would be released. What more could I hope for?"