2020 has kick-started and it is going to be the year of debutants. At least a dozen odd high profile launches would be seen in the industry this year. However there is rarely a film or two where both the youngsters would be never-seen-before. One such film is Bad Boy which would see the arrival of Namashi Chakraborty and Amrin Qureshi on the big screen. 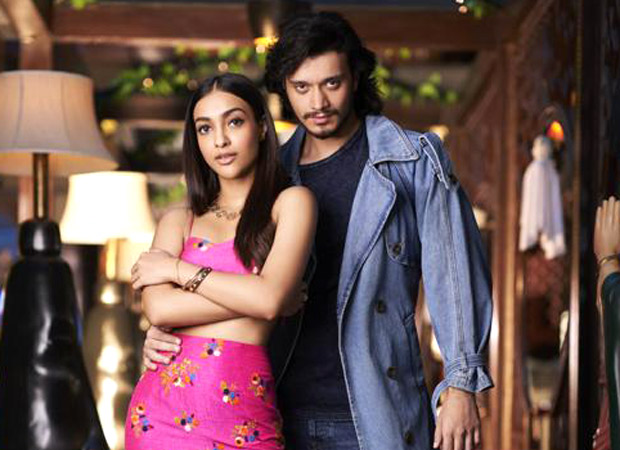 What makes the launch special is the fact that none other than Raj Kumar Santoshi is introducing the kids. It's only once before in his career that he has launched two rank newcomers and that was back in 1995 when Bobby Deol and Twinkle Khanna were introduced in Barsaat. Now that Namashi and Amrin are coming together, all eyes are on how the two perform for screen.

Namashi as well as Amrin come with Bollywood connects and hence are in the know-how of how the industry operates. Son of Mithun Chakraborty, Namashi has already seen the happenings in Bollywood up, close and personal. However, one look at his social media profile and one gains an instant impression that the youngster is as grounded as it gets. With no starry airs whatsoever despite being the song of a man who ruled the 80s and the 90s especially, Namashi is happy playing the part of a fun youngster in his debut launch Bad Boy.

On the other hand Amrin is the daughter of producer Sajid Qureshi. The filmmaker had two of his films release in 2018, Govinda-Varun Sharma starrer FryDay and Abhay Deol's Nanu Ki Jaanu. With good support coming his daughter's way so that she can realize the dream of being seen as an actress, the man is making sure that Bad Boy makes all the right noise when the film arrives early this year.

Though not much has been revealed so far about the genre that Bad Boy belongs to, by the looks of it this is a hard-core commercial entertainer in the offering with romance, action, drama, humour and of course music playing a major role in taking the narrative forward. The makers are already gearing up for closing on the perfect release date of the film. That said those who have had a dekko at the glimpses that have been revealed of Namashi and Amrin state that together, they are bringing on a lot of fun on screen.

Well, considering the fact that Raj Kumar Santoshi has couple of releases Phata Poster Nikkhla Hero and Ajab Prem Ki Ghazab Kahani too were aimed at the youngsters and brought in fun elements, one expects Bad Boy to carry the tradition as well.