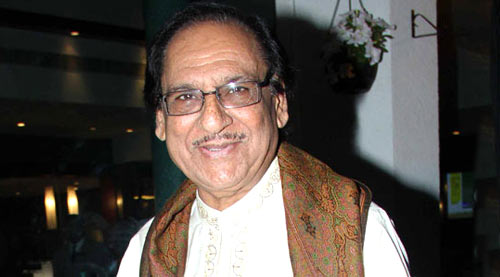 "He should only come to India when he feels safe here," Sarod maestro Ustad Amjad Ali Khan is cautious in his response to Ghulam Ali's protest.


Says Ustad Amjad Ali Khan Sahib, "His fans in India are disappointed by his decision to not perform. The interesting thing is, he may be Pakistani but he sings Hindustani music. I hope people of India and the world soon realize the Value of Peace and Harmony."


Says composer-singer Vishal Dadlani, "It's a slap on the face of those who say there is no increase in intolerance under the present government. Musicians are emissaries of peace. When they are threatened, you know something is terribly wrong."


India's Ghazal exponent Talat Aziz thinks there are more important issues to be resolved between the two countries. "What does one say about Ghulam Ali Saab's decision? There are more serious issues which are cropping up daily and need to be addressed by our government."


Anupam Roy who composed music for many Bengali hits and for Shoojit Sircar's Piku feels Ghulam Ali is right to stay away. "Ghulam Ali's decision to not perform in India in the recent future seems justified, given the insult and harassment he faced from the Shiv Sena. As an artist, I was numbed with shock and anger at the insults he received. His listeners/admirers will certainly be deprived but I hope they understand his sentiments and the larger concerns surrounding it."


Says Lalit Pandit, "Ghulam Aliji's decision to not perform in India is I feel, decision which cannot be helped ..! If he is not allowed to perform or if some elements in India do not want him to be performing in India, he cannot help the situation. It's a decision which is understandable and he is right when he says that he shall only perform in India when things and the atmosphere is friendly between the two countries."