The streaming service discovery+ kicked off the first episode of the new season of their show Mission Frontline with Bollywood actor Sara Ali Khan. The first episode sees Sara gain first-hand experience of what goes on in the training of the famous Veerangana Force in Assam. For the unversed, Veerangana Force is India’s first all-female Commando Unit formed in 2012 that fights the rising crime against women in the state. This is the first time ever that audiences, who have until now seen the bubbly avatar of Sara Ali Khan in films like Simmba and Coolie No.1, will see her in an action avatar. 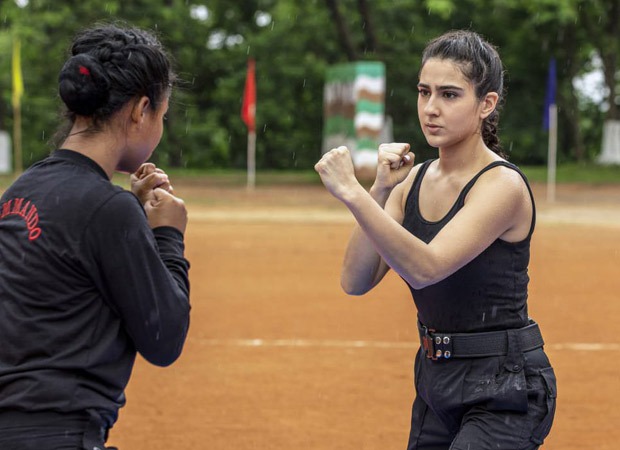 Mission Frontline: Sara Ali Khan trains in unarmed combat and gun firing as she spends a day with the Veerangana Force of Assam

The episode begins with a voice-over of Sara Ali Khan talking about how girls are conditioned to behave in a patriarchal society while the visuals take the viewers through the stunning locales of Assam. The 40-minute long episode captures Sara’s day with the Veerangana Force, learning and undergoing their physical training and finally completing a simulated mission with them. For her training, Sara is taken to the Assam Police Commando Battalion in Mandakata in Guwahati.

Before her training commences, Sara is given a brief history of the Veerangana force. Her training is divided into three stages which include UAC (Unarmed Combat), Rock Climbing, and Firing at Tactical firing range. Sara admits to being completely new to all these three training activities but tries her best to keep up. The episode shows her trials, success, and failures to complete the said tasks. While Sara manages to complete the first stage successfully after multiple attempts, she fails to complete the second task despite two attempts. Nevertheless, Sara keeps her spirit high and marches on to the final task of firing using an AK47. The actor reveals that it was the first time she was holding a gun and admits that she was quite scared when the firing started because of the unfamiliarity with the loud sound. Sara comes across as a very attentive listener and a keen observer during the tasks and aims to do her best. She also clearly expresses the emotions that she undergoes during each task.

THE VEERANGANA FORCE AND THEIR STRUGGLE

During every stage of training, the makers introduce the viewers to members of the force who talk about their journey and struggles that pushed them to the Veerangana Force. From losing a parent at a young age to facing extreme poverty to escaping from the harassment by in-laws, the episode gives a glimpse of the strength of the women in the Force and what they went through to be a part of the Force.

The Force aims at fighting crime against women and striving for gender equality. Therefore, for the final mission, Sara and the Veeranganas had to rescue two teenage girls from three men who had them tied up in a building. In the first attempt, the team fails to succeed in the mission due to a rookie mistake by Sara. But Sara sportingly learns from her mistake and goes in the second time only to free the girls from the kidnappers. 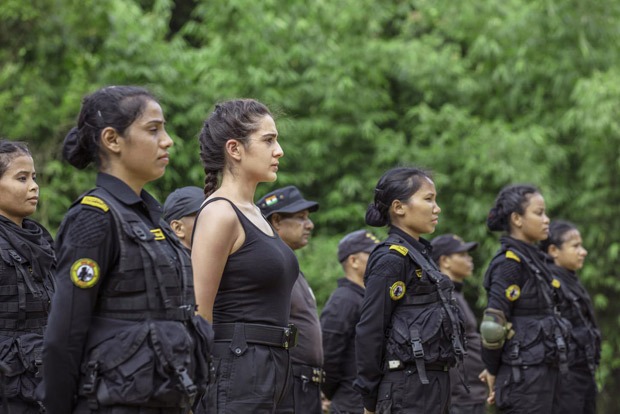 On the whole, the episode, through Sara, gives us an overview of the purpose and training of the Veerangana Force. Their resilience and fight for righteousness are reflected in the episode.

As a bonus, the makers have also shared footage of the deleted scenes where Sara is seen more expressive of what is going through her mind as she performs each task given to her and gives us a clearer picture as to what the Veerangana Force does is no child’s play.

The episode is currently streaming on discovery+.