Marvel Studios has released the first looks for three of its upcoming shows on Disney+ for 2022. Setting the stage, the looks of Moon Knight starring Oscar Isaac and Ethan Hawke, She-Hulk starring Tatiana Maslany and Mark Ruffalo, and Ms. Marvel starring newcomer Iman Vellani, were unveiled. The studio also released an extended action sequence from its next Disney+ series, Hawkeye. 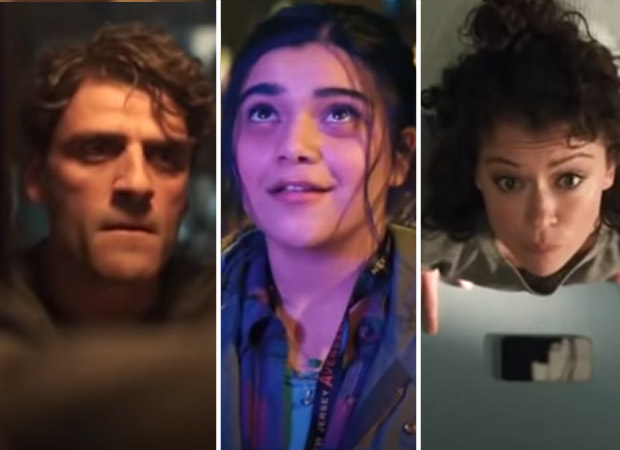 The first looks were included in a special preview of Marvel Studios’ upcoming Disney Plus shows, as part of the company’s Disney Plus Day celebrations meant to commemorate the second anniversary of the streamer’s launch in 2019.

According to Variety, in Moon Knight, Isaac plays Marc Spector, who in the comics has dissociative identity disorder and believes himself to be the human avatar of the Egyptian god Khonshu. In the teaser, he says he hears voices in his head and walks past a golden statue of Khonshu. The cast includes Hawke, who told Seth Meyers he’s playing a character inspired by cult leader David Koresh, and May Calamawy. Mohamed Diab, Justin Benson and Aaron Moorhead are directing the series.

In She-Hulk, Maslany plays Jennifer Walters, a lawyer who inherits similar Hulk powers after she receives a blood transfusion from her green-skinned cousin Bruce Banner. Luckily for Walters, when she Hulks out, she maintains control of her personality and intelligence. In the teaser, Marvel fans can see a glimpse of her green skin and white-and-purple costume, accurate to the comic-book look.Ruffalo pops up in his super-smart “Professor Hulk” persona from Avengers: Endgame to teach his cousin how to control her transformations. The cast includes The Good Place alum Jameela Jamil, who reportedly plays the super-strong villain Titania, Hamilton star Renee Elise Goldsberry, Ginger Gonzaga, Josh Segarra and Tim Roth, who will reprise his role as the Abomination, most recently seen in a cameo in Shang-Chi. Executive producer Kat Coiro and Anu Valia direct the series.
In Ms. Marvel, Iman Vellani plays Kamala Khan, a Muslim, Pakistani-American who idolizes Captain Marvel. In the preview, Kamala laments that “It’s not really the brown girls from Jersey City who save the world” — as we see her infused with some kind of energy that, comics fans know, will give her the powers to, indeed, save the world.The clip underscores that Kamala is the first Muslim superhero by cutting from a shot of people in a mosque in prayer to a shot of Kamala standing at a mirror wearing her Captain Marvel cosplay.The cast includes Zenobia Shroff and Mohan Kapur as Kamala’s parents Muneeba and Yusuf, as well as Aramis Knight, Rish Shah, Saagar Shaikh, and Matt Lintz. The series is directed by Adil El Arbi and Bilall Fallah, Sharmeen Obaid-Chinoy, and Meera Menon.The final Disney+ series of 2021, Hawkeye, stars Jeremy Renner as Avenger Clint Barton, a.k.a. Hawkeye, and Hailee Steinfeld as Kate Bishop, Clint’s biggest fan. Clint and Kate can be seen on the run in an old Chrysler from a pack of track-suited goons, as Kate tries to ward them off with her archery skills using some of Clint’s trick arrows. It also features a first look at Alaqua Cox as Maya Lopez, a.k.a. Echo, who is getting her own spin-off series on Disney Plus. Hawkeye costars Vera Farmiga as Kate’s mother Eleanor, as well as Tony Dalton, Fra Fee, Zahn McClarnon, Brian d’Arcy James and Florence Pugh reprising her role of Yelena from Black Widow. Rhys Thomas and Bert & Bertie direct the series.

Hawkeye is set to debut on the streamer on November 24.